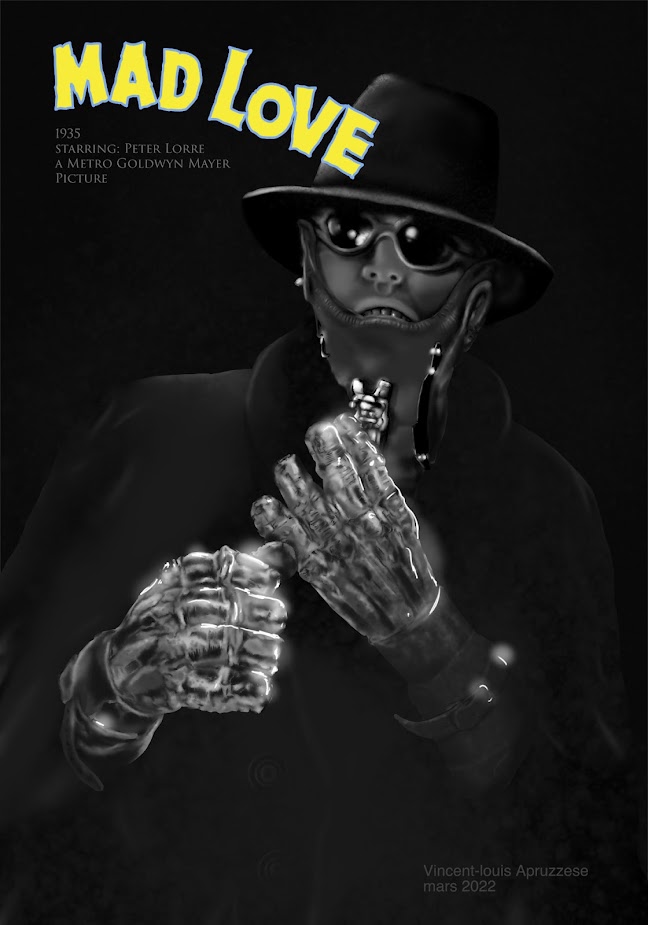 I haven't done a classic monster poster in a while. I think, obscure though this film seems to be these days, it counts as one. The image of Lorre with a the back brace and metal hands has been seen well outside the film it was featured in and the story is based on a book by Victor Hugo.  I think there has been as least 5 movies versions of the story starting with a silent film that influenced the costume in this later film. Unlike other versions, this one has many of Hugos story elements but  also wildly forgets all about other elements and replaces them with some pretty perverted stuff. Lorries fantastic and Colin Clive is great as well. I have read the book in the original French, it's long and I have to say, disappointing. Maybe if I had no seen this film first, my opinion would be different.

Drawn in Krita and the logo was done in affinity designer. As it often the case with these projects, my image was composed from a mix of publicity photos and film frames plus some influence from the silent version. I am not sure sure that I captured the metal in the hands as well as I would have liked. They were harder than I thought!

Posted by Behemoth media at 7:24 PM