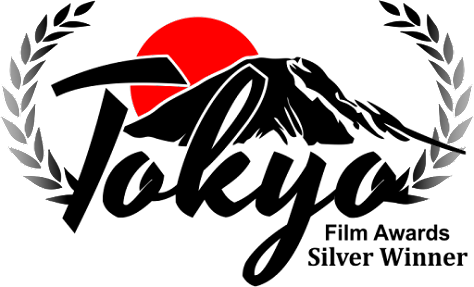 Again,  Mike Luce and Michael Z Keamy deserve all the praise for their wonderful voice work!

Posted by Behemoth media at 3:28 PM No comments: 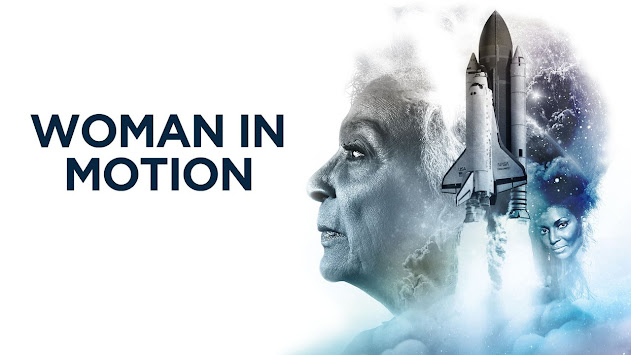 This documentary about the work actress Nichelle Nicols did after her role as Uhura on the original Star Trek series ended is inspiring. While it does have interviews with other Trek cast members. it mostly deals with her impact on helping NASA diversify racially and in regards to gender. The doc has enough Star Trek references for fans but the discussions with astronauts and NASA officials is what drew me in. We don't need any more reasons to adore Nicols but this actress, dancer, singer and activist never stopped giving us more - right up until her recent death.

Posted by Behemoth media at 4:50 AM No comments: 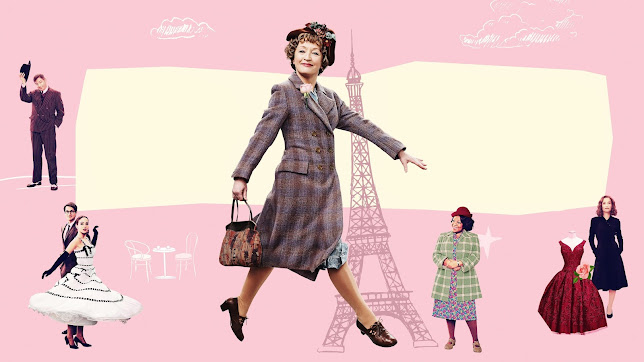 This small British film stars stars Lesley Manville, Isabelle Huppert, Lambert Wilson and jason Issacs among others. Its simple story is based on a book and follows a fairly predictable plot line. Lower class Mrs harris dreams of getting a Christian Dior dress in Paris and through a series of events both lucking and unlucky ends up at a private show ready to spend every cent she saved to live her dream. Many tings get in the way of course and she becomes a driving force in the other characters lives who mostly are trying to help her out being fascinated by her dream of buying a dress.

The films takes her through a lot of ups and downs but none of it resonated with me emotionally. The lead actress is very good but the plot points are cliché and I never once felt things were going to end badly. Maybe if the movie was shorter. Some of the production values were quite high looking but other times the economies forced by a smaller budget stuck out for me.

Should have been magical but ended up a little meh. Not boring, the actors keeps you interested with their performance and I thought Jason Issacs tried hard to give some depth to his character but it never reached my heart.

Posted by Behemoth media at 4:24 PM No comments:

A couple film with Nazis in them. Casablanca, of course. Sort of restrained for a Polish poster and Cabaret which is pretty clever turning the dancers's legs into a swastika. 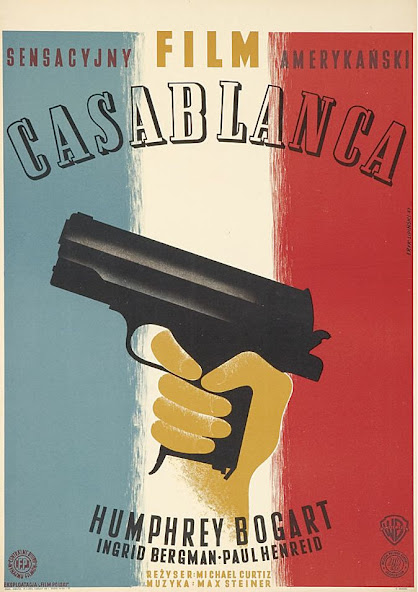 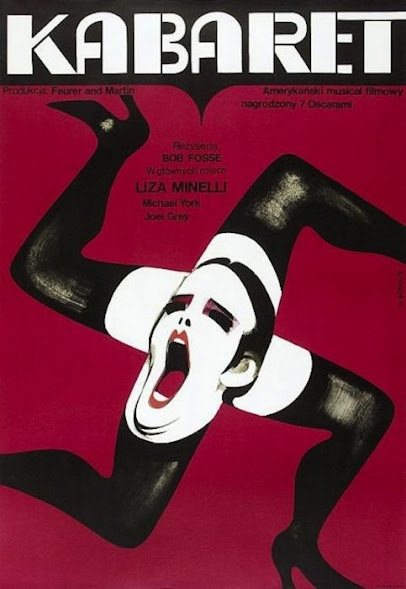 Posted by Behemoth media at 9:19 AM No comments:

Cask of Amontillado at the Serbest International Film Festival (SIFF)

Thanks Always to the two Mikes, Mike Luce and Michael Z Keamy for their voice work!

Posted by Behemoth media at 6:46 AM No comments: 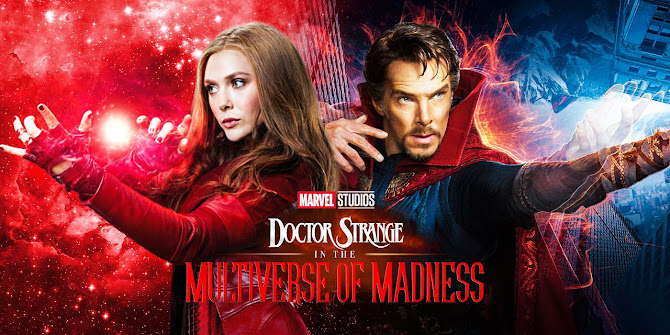 Even though Morbius the Living Vampire was touted as the the first Marvel Universe horror movie, this movie fits that description much better. Sam Raimi is very restrained in this sequel to Doctor Strange but not completely tied down. Like most marvel films, violence is limited but very much present in this film and the presence of a zombie, scary deathly creatures and the return of the Scarlet Witch (whose performance by Elizabeth Olsen is one of the highlights of the movie) got right into the occult with no looking back on "scientific" explanations for what is happening on screen.

Like all films form this studio... great effects, cheeky dialogue and a million easter eggs from other films and the comics abound. Sadly, like many of the latest marvel outings this film does not have a self contained story to tell and doesn't even really end. It just keep on going into the post credit sequence and leaves you not waiting for a new adventure but hanging on the one you just saw.

Oddly the multiverse angle seems more constrained than in the last Spiderman movie which might be a good tactic. There is only so much batshit crazy audiences can deal with. It does have a very jack Kirby inspired monster and the new character America Chavez holds her own with the returning cast members from previous films. Sadly, even her story gets no resolution.

Fun, visually stunning but in my opinion it's hard t care about movies the don't actually begin or end over the runtime.

Posted by Behemoth media at 10:27 AM No comments:

Renowned animator Phil Tippet worked on this film over a period of thirty years. People familiar with his work on the Star Wars films , Jurassic Park or Robocop will likely be shocked at the Bosch/Giger/Blade Runner nightmare that is this film. What is it about? Fuck me if I know, but it's fascinating nevertheless with its combination of stop motion, puppetry and live action all smooshed together in a gory, slimy mess that pays homage to everything from Forbidden Planet to 2001 A Space Oddest and every torture film you ever imagined.

The animation is top notch and complicated. The sets are amazing and detailed and the music gives you more clues as to what is happening than the visuals will as they show you a world of violence and mysterious mysticism filled with pain and terror.

Posted by Behemoth media at 7:48 PM No comments: 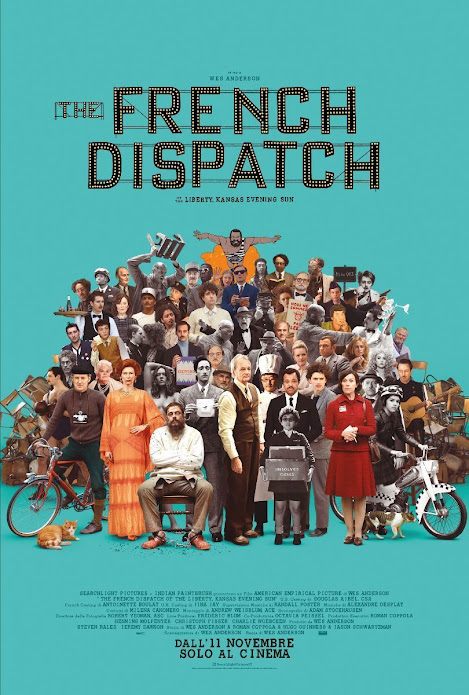 Made as a love letter to print journalism, this film is, like all Wes Anderson films, odd, hard to categorize and filled with a multitude of known actors here in The Slammer - including Told Swinton and Griffin Dunne!

Separated into parts like the sections of a newspaper the film does not follow one story but manages to connect several stories presented as articles to be published in the last issue of The French Dispatch after the death of the editor played by Bill Murray. Like an actual newspaper or magazine, you have different stories but told in the same oddball style that brings them all together. It's funny in an odd way and touching, also in an odd way and you might moved to tears at the end and disregard the text over the editor's doorway in the file which simply states... "No Crying".

As a french speaker I may have found this funnier than a non speaker would as it does have a fair amount of French dialogue (with graphically integrated subtitles) and knowing a little of the language makes names and some other details jump out of the background more. Like all Andersen's film, it's VERY stylized in performances and cinematography and may not be everyone tastes. If you do like his work I think you will find this charming.

Posted by Behemoth media at 3:52 PM No comments:

A moody slow paced film with some very compelling performances, especially by Kirsten Dunst and small character roles by Slammer favourites like John Hurt, Charlotte Rampling and Udo Kier. Kiefer Sutherland also reminds us what a good actor he can be, even in a support role.

The story revolves around two sisters, one with depression issue who is getting married at her sister's and brother-in-law's estate which goes all wrong by the end of the night. It is revealed that a rouge planet is heading towards the earth and will have a close fly by in a very short period of time. Sutherland's character who owns the estate is studying the event and tells everyone not to worry while at the same time secretly  buying water and gas. As the planet grows in the sky tension rise and fall and it finally becomes undeniable that the planet will strike the earth, destroying the planet.

Things to love about this film are multitude. I think showing that the earth is destroyed in the opening sequence adds to the tension within the small group of characters. That small group in an isolated estate is also a brilliant move. We never see or know what is happening in the larger world. While Dunst's character is shown as a woman suffering form severe depression, she is also, especially in the end the most accepting of her and the world's fate and sets up a very touching, loving way for her, her sister and her nephew to face the inevitable.

Technically a disaster film, I guess, but not one with large scale destruction. Instead it focusing on smaller scale destruction of relationships and emotional states while at the same time giving us some scary yet beautifully poetic images of the coming apocalypse. The effects are sparse, simple and veery well done s as not to distract from what is happening.

It might be a little slow or even a little "artsy" for some people but I found it very involving and poetic.

Posted by Behemoth media at 1:06 PM No comments: 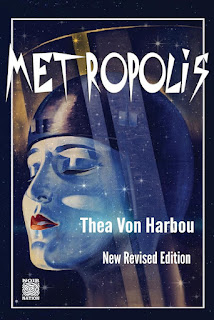 This was a book I looked decades for in either English or German and never came across a copy until I recently searched again, but this time for digital copies and easily found a one for under 2$ on Kindle! I had read the script and seen the movie many times and finally was able to compare the film to the source material.

Von Harbou wrote the book with a film adaptation (by her then husband, Fritz lang) in mind and it was serialized in a magazine as way to get the story out to the public as pre-publicity for the upcoming film.

The story and characters are pretty much the same overall, thought Joh Frederson, the Master of Metropolis, is more fleshed out and has a mother who makes it very clear that he has become a terrible person after the death of his wife after the birth of their son, Freder who he adores but shows little emotion to.

Another difference is the religious symbolism, heavily Christian -  but sprinkled with other mythologies throughout. It is something not really seen in the film and a little overdone. As it was written in 1925 there are also some lines of racism and quite a bit of sexism thrown in for good measure, thankfully missing from the film. The biggest was a huge surprise for me, the absence of the film's iconic message: "There can be no understanding between the hand and the brains unless the heart acts as mediator."

The robot, so iconic in the film is less here and is much more human-like in the novel, It arrives on the scene already made, can talk and begs Joh Fredersen to give her a face. She still gets the face of the Maria the defect leader of the poor and the love interest but her role is smaller and a little muddled in book form.

Well worth a read if you never have and having read the script long before any restorations of the film were done, this would have been an amazing revelation as to the many missing elements from the presentations of the movie I was seeing at small theatres and church basements in the early 80s.

Posted by Behemoth media at 4:48 AM No comments: