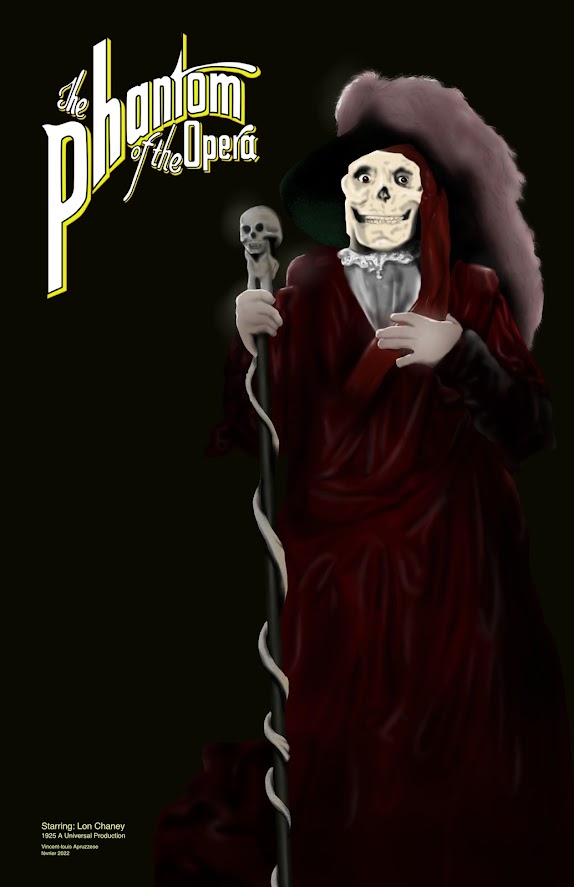 This was one I wanted to add to my monster poster series for a while but finding the right image was not so easy. I went through the restored version of the film and many publicity photos to find something I thought was at least a little out of the ordinary. I blew up a frame from the masquerade sequence, which was also filmed in early colour, as well was reached out images of that Red death costume from other sources. I kept the composition simple, like the rest of the series. Even though ti was technically "in colour" and restored, the image was still not as detailed as I would have liked and the early colour was sort of all over the place frame by frame. Some things red in one frame were orange in another and some shadows were variations of green.  I like to do folds in cloth and this certainly has plenty of that!

The logo was taken from the 1925 posters and lobby cards. I hand drew it from the references and tried to keep the colours true to the original.