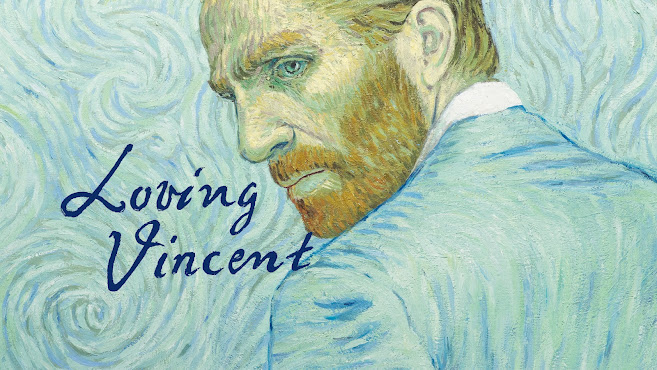 A film pretty much entire painted by hand by 100 artists in the style of Vincent Van Gogh and entered around a fictional attempt to deliver his last letter to his brother. The style of this film is amazing and the animated painting aspect looks like a impossible task to pull off but they managed to do it. Though the story is fictionalized, most of the information transmitted about the artist was vetted through a group specializing Van Gogh and they assisted and supported this project for years to insure its authenticity.

The technique of animation could have been very distracting from the story but I have to say I was drawn in from the start and the well done characters and performances of the voice actors and those who were rotoscoped were so compelling the animation slipped into the background for me. It covers a lot of ground and is very emotionally charged at times, especially the end which made examen my own life as an artist, one who is NOT a genius but feels compelled to create over anything else.

Five stars at least for this one.

Posted by Behemoth media at 6:00 AM