For the Hag in All of Us 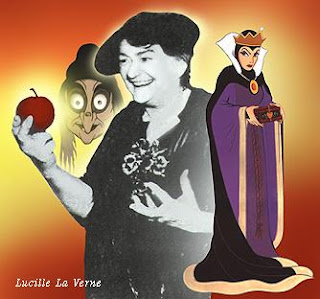 Lucille La Verne, who played a hag in MGM's A Tale of Two Cities, showed Walt Disney that she could provide the voice of the Wicked Queen AND the Old Hag - by taking out her dentures in his office. She got both parts.

Guardian Obit Here
One of my fave scenes - it's not his, but he steals it.

I take directions from ONE person UNDER PROTEST...

It's such a damn shame but I suppose, in many respects, he did it to himself. It's not even funny, really. Just a glimpse into the twisted demise of one of the greats. He was probably living on Peter Bogdanovich's couch at this point.

Waiting 'round the bend...my huckleberry friend 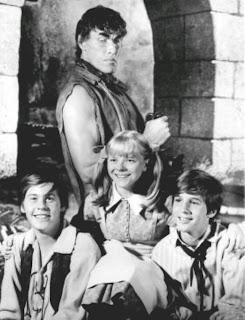 The 1968 NBC series THE NEW ADVENTURES OF HUCK FINN combining live action and animation was later featured in the Banana Splits & Friends syndicated package of the 1970s.

The series featured Kevin Schultz (one half of an acting twin brother duo) as Tom Sawyer, Lu Ann Haslam (this was pretty much her only role) as Becky Thatcher, and Michael Shea as Huck Finn (he has been on the LAPD for decades).

This intro featuring Ted "Lurch" Cassidy as Injun Joe was originally shown at the beginning of each episode. It cleverly explained that the trio was chased by escaped murderer Injun Joe who vowed to follow them anywhere they went -- even in cartoonland where they ended up with Injun Joe (or his animated doppelganger) as the weekly villain. Hanna-Barbera Productions gave viewers 20 entertaining episodes with many directed by Hollingsworth Morse - director of F-Troop, H.R. Pufnstuf and many other 60s & 70s classics.

I loved watching this filmed series - heavy on the 60s blue-screen and optical printer effects. It looked so fun to comfortably run around barefoot in exotic locations such as Egyptian desert, Aztec jungles, and (in one episode) inside a whale's belly. 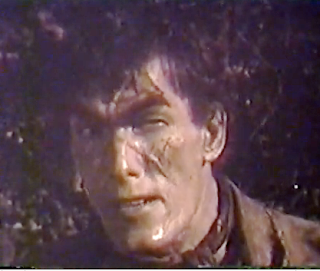 Takeshi Kitano From MUBI (formerly The Auteurs)
Posted by glyphjockey at 5:00 PM 3 comments:

If you know your Kinks songs, you'll know that line. But most Americans aren't familiar with Mother Riley because these films were never shown here, well, not as far as I know. I first stumbled across them while working in a film archive. I couldn't believe it! Of course I loved the drag factor but Arthur Lucan was a physical comedy genius. There's a wiki page now, of course, so you can read more. Here's a long clip and there's plenty more on the youtubes.

Christoph Waltz and Other Delights 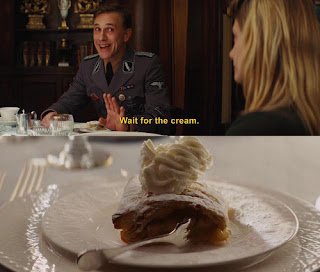 He was the only good part of that tripe! What a Hotzi!
Posted by Donna Lethal at 7:07 PM 4 comments:

Link at pic despite blogger's new suckish interface - also here
I'm a big fan of this guy and his "bad habits" are no less than what I would expect from any self respecting British comedy production perticipant. From Gizmodo. Peter Serafinowicz: "Torrenting is probably too hassle-y for the average viewer: Installing Transmission, VLC, perhaps re-encoding to watch on my TV—but I'm pretty techy (ok, a geek) and have been doing this for years. ......................In the meantime, I'll be suing myself for pirating my own show. And I'm pretty scared, because I have an amazing lawyer."
Link to article
Posted by glyphjockey at 3:07 PM No comments:

Tune in! The government says so! Wiki Here
I can't believe I never posted this before..... I bought a Chinese copy years back and the hacked my DVD player to watch it.

I'll leave it to the pros to cover this one - go here. Go there for everything! I love Crosseyed Cyclops. 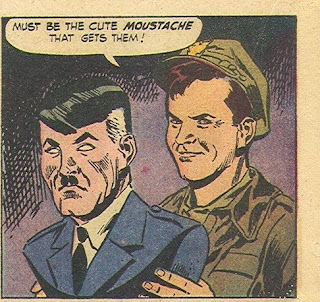 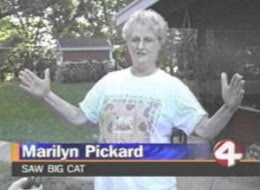 http://lex10.glyphjockey.com/2007/10/burritos-for-deaf.html
Read the Article at HuffingtonPost
Posted by glyphjockey at 12:44 PM 1 comment:

The Wild World of the Batwoman

If you have ever wondered what your Aunt Helen would be like dressed a goth showgirl with a poorly drawn bat across her chest and lived with a bevy of vacant strippers in bikinis, then this movie is for you!

The “plot” of this movie is incomprehensible. Some wayward strippers.... I mean crime fighters, witness a crime, do nothing about it and then initiate another girl as a “vampire” (something never mentioned again) as one of the Batwoman’s force against evil. One of the girl’s is kidnapped by a wacky professor who gives her “happy pills” that make people go-go dance uncontrollably. He himself is under orders from “Rat Fink” a super villain looking for a advanced hearing aid, that lets you hear private conversations. On route to the film’s final, which never seems to come soon enough, the cast eats drugged soup served by Marx Brothers imitators, go-go dances, see monsters (cut in from another movie - The Mole People), go to the beach, and a number of other events too confusing to mention. 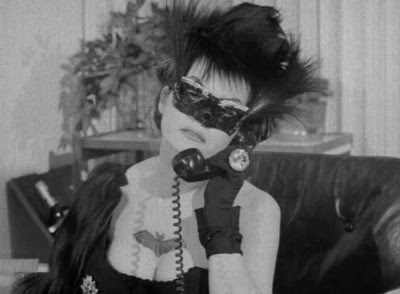 A highlight of sorts is the seance scene... it’s so racist you laugh out loud , then can’t crawl deep enough into your skin to escape the embarrassment that you laughed. The Batwoman tries to locate the stolen device with some government official and his assistant, who looks like Gomer Pile in her secret hideout, which is a ranch style house in a crowded suburban street (I guess a masked and feather wigged hooker with a huge bat magic markered on her chest is common place here. I wonder what the other neighbors are like?). During her communication with the spirits, they are interrupted by a “Chinese” voice that... mon dieux, I can’t even bring myself to remember how horrible it is! In any case, the best way to see this film, other than with toothpicks holding your eyes open while being pumped full of morphine to kill the pain is the “Mystery Science 3000” version. By the end, even the robots are yelling “kill me” and “END!!!! PLEASE END!!!” and you really feel for them.

Of course for those of us in the slammer... its a must see.
Posted by Behemoth media at 5:21 PM 4 comments:

Press Junket for The Rural Juror


Posted by Pantheon Zeus at 3:10 AM No comments:

Email ThisBlogThis!Share to TwitterShare to FacebookShare to Pinterest
Labels: The Rural Juror


Posted by Pantheon Zeus at 3:00 AM No comments:

Email ThisBlogThis!Share to TwitterShare to FacebookShare to Pinterest
Labels: Fish out those old teets, pinched face Renee, spongmom pantsuit, who the fuck was I ?

One to go with the May header

Heard Robert Gordon singing it this AM.

Posted by glyphjockey at 2:54 PM No comments:

The American Astronaut. A pal insisted I watch about 15 minutes of it this morning; now it's tonight's selection. Official site here - inneresting

Posted by glyphjockey at 2:49 PM No comments: 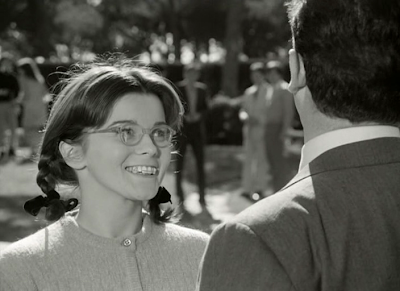 Posted by glyphjockey at 12:56 PM No comments:

No, not from that movie, but from "The Man Who Loved Women," starring Rod Taylor and this hapless gentleman, James Booth.