what WAS my summer viewing?

Well, really, amongst other things, The Collector, The Wrong Box, With a Friend Like Harry, Let the Right One In, the ultra-disappointing Watchmen and the Zeitgest films, I've been going to bed each night watching a different Carry On film in no particular order. Quite comforting and lashings of idiocy.

I'm currently in the middle of Carry On Constable, an as-yet-to-be- seen-by-me clip below:

Posted by glyphjockey at 1:26 PM 5 comments: 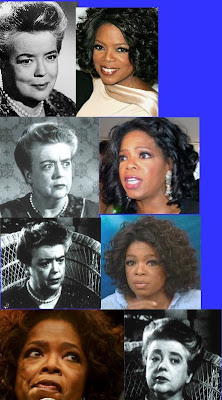 Call me crazy, but I really do think they look alike ... those big fishy eyes, that bossy manner, that stout body.
Posted by Donna Lethal at 4:40 PM 6 comments:

Email ThisBlogThis!Share to TwitterShare to FacebookShare to Pinterest
Labels: separated at birth

- in my opinion, anyway: "Shut up, you chunky whore!" I forgot all about this gem from "Truck Turner" until Thom from Fabulon posted it on my fbook.


Meanwhile, I'm off to Iceland.
Posted by Donna Lethal at 3:02 PM 5 comments:

Hit the Floor and Crawl to Daddy

Sammy joins Rat Pack mascot Shirley Maclaine in the film for this one number - full of groovy Bob Fosse choreography.

Sock it to me, let it all hang out, do your thing !! I would follow Sammala anywhere!

A friend of mine sent me the link to this clip of Sammy Davis Jr. singing Mr. Bojangles. I had never seen this particular video before. Check out those threads Sammy is wearing. 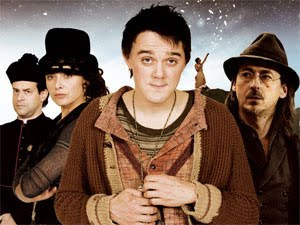 When the church of a very small village is destroyed in a fire, the local village «idiot», Babine, the son of the village witch is accused of the crime and the death of the old Curé by his replacement... a religious fanatic who will stop at nothing to assure those he does not like are punished. Babine escapes and find a traveling circus where he befriends, amoung others, a giant Bull, which comes in handy later on.

The real cause of the fire was the release of some «fireflies» (who actually produce fire and the person responsible tries to clear babine and bring the village to it’s senses about the new Curé, who is really the villain of the piece.

I am not sure if anyone not living here in Québec will ever get to see this film... it is despite the typical low budget of our productions, beautiful and profound at points. It moves slowly and lyrically, and the characters are all portrayed very well by the actors. The villag eitself is an obvious set-piece, which actually works to the film advantage. After all this is a fairy-tale story not a real life documentary.

I’ve been wanting to buy this film pn Blu-ray before it’s all sold out forever.. somehow I doubt there will be a second pressing as it’s alittle limited in it’s audience. Sadly, I don’t have the cash thse days, but I’d say to anyone that can... buy it. Little sweet films like this deserve all the help they can get.

Not everyone I know loved this film like I did, but I would rather see 100 films like this come out for each "Terminator 4" or Transformers 2" and the studios would still be saving money the overall costs!

The Kids and their You Tubes

Oh, bless them. Where else would Wilford Brimley's diabetes ads become a trend?
Here's the original (I think)

and here is just one of the many response vids. Go look at the rest yourself!

Email ThisBlogThis!Share to TwitterShare to FacebookShare to Pinterest
Labels: "You like that ol' fatty dontcha?", 80s musical, Stryker

You can keep your vampires, kiddies - I've always been a Larry Talbot kinda gal. When I heard Benicio was going to play him, I could barely contain myself! We'll still have to wait until February, but at least the trailer is out, and it looks gloriously cheesy:

Here's the original, as a refresher:

thanks to Dave Stuckey, who sent me this.
Posted by Donna Lethal at 3:32 PM 9 comments: 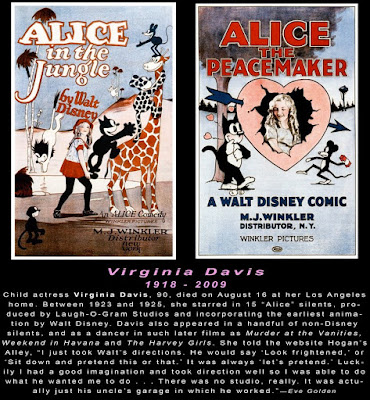 'When I'm In My White Mood'

wow - Iceberg Slim is finally about to hit the big screen, thirty years too late. Wonder if these are the right guys to do it, though.

Posted by Donna Lethal at 3:19 AM No comments:

In a parallel universe...

While enjoying my vacation in Sydney, I came across their version of Match Game called Blankety Blanks. The hit show was hosted by the Aussie "king" of comedy Graham Kennedy (who sadly went to his grave as a closeted "queen").

My head almost exploded when I saw the same exact studio set as the USA version - along with their own types of 'Bretts' and 'Charles'.

Get Ready to Match the Aussie Stars!

Watch the host put on his best homo lispy voice for the "Cyril said" question:

A Newcomer at El Madhouse


from one of my favorite movies - "Screaming Mimi," 1958. Keep an eye out for it on TCM; it's been remastered (I hear) and is now on DVD, though I treasure my bootleg copy. With a cast that includes Anita Ekberg, Gypsy Rose Lee, Philip Carey and The Red Norvo Trio - what's not to love?

I once stayed in his former Hollywood Hills home! It still had the original basement theater seats. Check out his other credits.
Posted by Donna Lethal at 7:19 PM 3 comments: 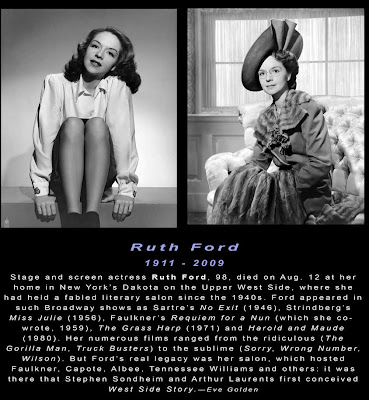 Your Pretty Tube Is Going To Hell! 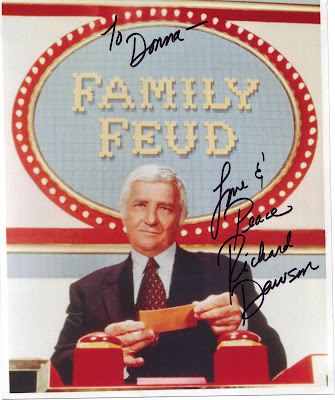 Look what showed up in my mailbox today! Although Pantheon Zeus has departed from the heavens and taken a little vacation, I cannot help but marvel at the coincidence that it arrived right after the feast of St. Clare, Patron Saint of Television. My favorite Dickie Dawson is Match Game era, but I don't mind the modern-day photo one bit. I urge you to click here and listen to his mindblowing rendition of "Apples and Oranges," courtesy of April Winchell. You will never be the same.
Posted by Donna Lethal at 7:33 PM 3 comments:

I just watched the Art Show documentary/interview "48 People Who Should Be Dead in Hollywood" with good ole BJ-gettin' Vincent Gallo.
I didn't really have a problem with him, but after having seen it I now think he's king of the douches.
History may prove me wrong, but I think that Marcel Duchamp is the only guy who got/gets to scream "It's ART, I am an ARTIST!!"
Conversely, if he's a put-on lemmme know if I'm getting Andy Kauffmanned, but I don't think so.
I welcome your catcalls, diatribes, counterpoints and above all, loving agreement.

Here's a fave moment from a film I genuinely liked, Buffalo '66: 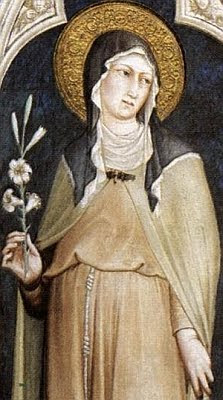 Today is the memorial of St. Clare, patron saint of television. Please pray for the repose of the souls of Ed McMahon, Dom DeLuise, Farrah Fawcett, David Carradine, Gale Storm and other tv stars who have recently departed this vale of tears.

When St. Clare was too sick to go to Mass, God (or Saint Zenith?) projected an image of Mass on her wall.

Thanks, Jim-Jim
Posted by Donna Lethal at 4:09 PM 4 comments:

►My rundown of BLACKSNAKE!
►Russ Meyer: The E! True Hollywood Story (in 7 parts)
Posted by Anonymous at 7:36 PM 6 comments:

Tomato Is Another Day 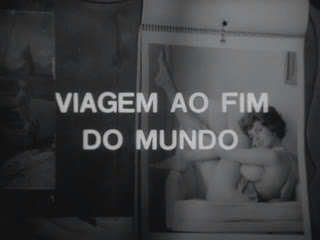 My movie of the week! "Viagem ao Fim do Mundo" aka "Voyage to the End of the World". It's got everything I need for mucho enjoyment (except subtitles) - Tropicália grooves by Caetano Veloso and Gilberto Gil, and lots of the other stuff I dig!

There is a naked woman in this clip, but it's okay because she's laughing, and on a beach. And it's sort of arty.

Just look at his credits. He is a king among men - and he's still at it!

Posted by glyphjockey at 1:02 PM 4 comments: 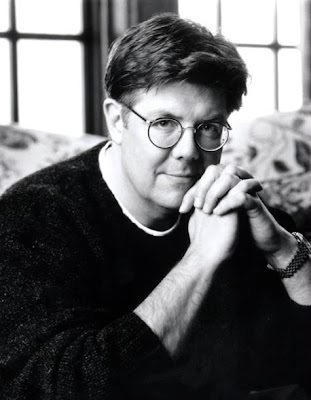 I frequently talk about David lynch and John Waters, but I also like mainstream movies and my favorite mainstream film maker is John Hughes. John Hughes, in my opinion, was the film maker for my generation and no other epitomizes the 80s like he does. I believe that his movies are so rooted in the culture, mores and norms of the 80s that younger viewers may have trouble relating to them, but if they didn't try they'd be missing out on the universal truths that he put in every movie: question authority, opposites attract, and there's someone for everyone. So, let's raise our glasses to John Hughes, a man who entertained and educated as well.

Guess which one ? - Mary Lou or Squeaky ? 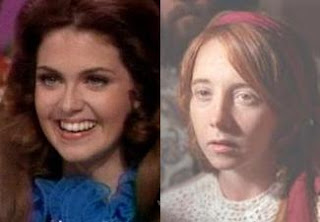 Guess which one?
Mary Lou Metzger of the Lawrence Welk musical family or Lynette 'Squeaky' Fromme of the Manson Family ??

One’s favorite color is RED, while the other was nicknamed “Red”.

One appeared on The Lawrence Welk Show in the 50s – the other started appearing on Welk in 1970.

One felt a kinship to former bassist Jimmy Page, while the other became close to bassist Rich Maloof.

One once attacked a cellmate with a hammer, the other once sang “If I had a hammer”.

One lives in the Valley, the other lived in Death Valley.

One worked under director George Cates, the other was directed to work under George Spahn.

One was child actress in the National Tour of The Music Man, the other was a child dancer with the Westchester Lariats.

Here is an edited version of what I managed to record from television late last Friday night of Kilmer speaking some bizarre bullshit on behalf of Christian Science Publications, 2009. He spent an hour alternately reading from The Holy Bible and Science & Health.
His mind has been thrown in the slammer!!! HALP!
And though I tried to resist, I had to throw in a funny bone or three.

I half expected him to break in to "How silly can you get?" from TOP SECRET at any moment.

Archive.org has this 3D stooges, which I always wanted to see, having watched stuff getting thrown at he camera in 2D for years. RED EYE LEFT

DOWNLOADABLE VERSION HERE
Posted by glyphjockey at 8:19 AM No comments:

I'm as baffled as you are.

One of my youtube recommends. Have they been spying on me?

Joe Cook perplexes Tom Howard with one of his bizarre, rambling anecdotes in this scene from "Rain or Shine", dir: Frank Capra, rel: 8/3/30.

You can read all about Joe Cook here.
Posted by Donna Lethal at 1:17 AM 4 comments:

A slight departure, but no one except Telly could convince me that I should mosey on down to Birmingham this Thursday (I'll probably ingest an Indian after taking in the action). I'm even looking forward to the day when I'm eligible to enter the over-40's disco competition.

This "quota-quickie' is from The Baim Collection.
Posted by Mrs. Muddle at 4:47 PM 3 comments: 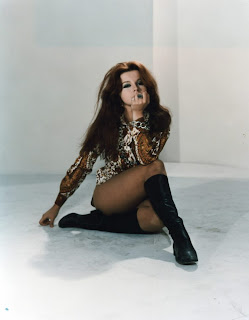 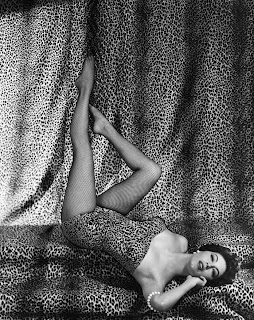 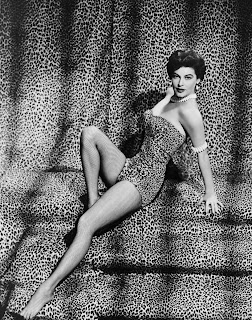 Ava Gardner - How Am I To Know?

Stephanie Rothman (more on her in another post!) directed "It's a Bikini World" in 1967. Here's a groovy clip, featuring the Castaways and Carolyn Brandt in a red fringy bikini:


They're playing inside a sabre-tooth tiger's(?) mouth! Then I saw this clip from Ted Mikels' "Girl in Gold Boots":

Coincidence? Was this a location or a set that was recycled? A YouTuber commented that it was shot at a place called the Haunted House on Hollywood Blvd. Any LaLa Landers know? And why should I care? Both clips are FANGTASTIC!
Posted by Mavis Martini at 9:08 AM 4 comments: