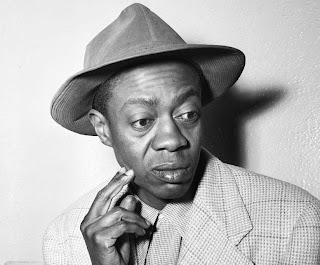 Imagine you’re a busy working actor known for your professionalism, comic ability and dedication. Now imagine that you are asked over and over to play the same type of role in every film: a lazy, cowardly simpleton. I suppose you could say: “who cares? I’ll cry all the way to the bank!” …well perhaps…but what if after 25 years of film work you were suddenly ostracized and viewed as a sell-out and an embarrassment to your people?

That is the story of black actor Willie Best – who at the start of his career was promoted by racist studio heads as “Sleep ‘n’ Eat” (the successor to “Stepin Fetchit”). Best was a gifted performer who wanted to act in motion pictures, but in his era of Hollywood he was damned if he did - and damned if he didn’t.

Back in 1930, when Hollywood was just starting its sound film era, and every face on screen was white – there were a few black film actors who became bonafide celebrities. However, they were asked to play slaves or servants – or the role of subservient buffoon.

As singer Etta James once told a biographer, “They may have played fools on the screen, but the folks in the neighborhood knew it took more than a fool to break into lily-white Hollywood.” 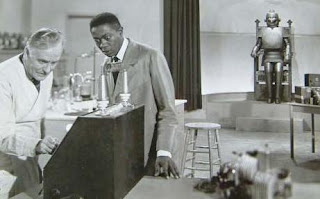 Willie Best was discovered in a stage show and began his film career in 1930. He worked non-stop for 20 years in 118 films, then appeared in several Hal Roach produced TV shows, namely My Little Margie starring Gale Storm.

As times changed, actors like Stepin Fetchit and Sleep‘n’ Eat with their “yassuh” dialogue and pop-eyed cowardice were vilified by a new generation of civil rights activists who wanted to distance themselves from their painful past. By the late 1950s, Willie Best was persona non grata in the black community and at image conscious studios – so he dropped out of sight.

This month, Willie Best is remembered with a new grave marker paid for by film buffs of Celluloid Slammer and Dearly Departed Tours. 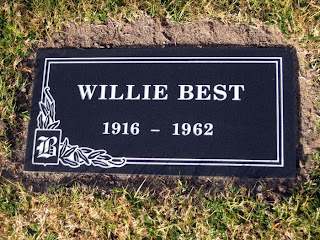 Gale Storm of My Little Margie shared this statement with us about her former co-star:
"I loved Willie Best with all my heart...and so did everyone who worked with him. Not only was he a joy to be with, but as an actor he was an ultimate professional, always knew his lines and a director's delight. I am so grateful to his fans for honoring him this way."

Willie Best is buried at Valhalla Cemetery, North Hollywood near other such pioneering black actors as: Madame Sul-Te-Wan, Mantan Moreland, and Sam McDaniel.
Posted by Pantheon Zeus at 1:04 PM

HOORAY! Thanks for sharing this tribute! Willie is the BEST!!

FINALLY! No longer relegated to an unmarked, unknown grave. Willie is no longer forgotten - Zeus be praised!

Giving him a marker was very sweet.

Because I have perspective on the era, I can appreciate that Best was a talented performer, as was Lincoln Perry (Stepin Fetchit), Moreland, the McDaniels, and many other black actors who generally had little choice but to play into the stereotypes. [Another piece could be written on actors who refused to accept roles that debased their race, such as Clarence Muse, James Edwards and Juano Hernandez.]

Yet it's difficult to watch some of Best's work--even Best's best work--and not cringe with embarrassment. I can't even imagine present or future generations of film-watchers being able to see through the racial trappings of Best's mumbling, shuffling persona to glean any kind of enjoyment of his comedic finesse.

Still, I agree that Best didn't/doesn't deserve obscurity and a grave marker is the least we could do for a man who, no matter how he's judged by contemporary standards, made a lot of people laugh for a lot of years.

Many thanks for your recognition.

This was a great idea.. we should make a documentary on his life and try give him some credit for his work as well.

I think Will Smith should portray Willie Best in a feature film -- giving people a glimpse at Hollywood ("be a maid or play one") in 1930 and the world of Central Avenue with its nightclubs and Hotel Dunbar.

Congrats on the Willie best grave marker. I am sorry I could not help other than run a banner and link in my sidebar for a while. I may have finally resolved my Pay Pal issues here in China but it will run through a place in Hong Kong and I have yet to test it out. Things can go bonkers here easily.

Good job and I am proud of your guys. I added a post to my site and hope people appreciate this. I certainly do.

Great performance in Home in Indiana (1944).