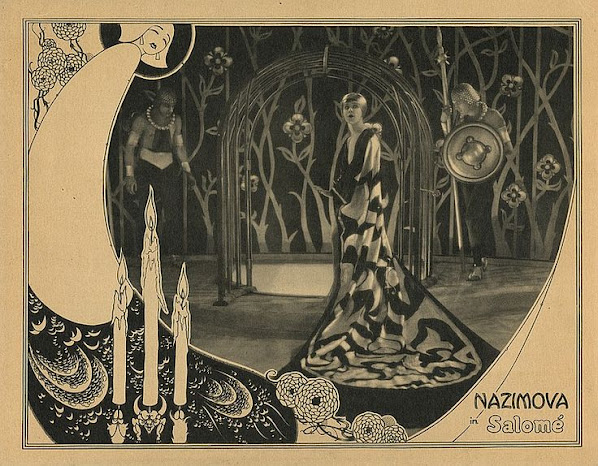 Based on the play by Oscar Wilde and starring Alla Naive, this is a very stylized (which is putting it mildly) adaptation that has more in common with a play than a film at times. It does offer some very strong shots, like the suicide of the man jumping from the palace wall into the void that a play could not really accomplish. The sets are sparse and costumes a re base don Beardsley drawings and work very well to give the movie a look that is both beautiful and bizarre. The acting is exaggerated and I suspect the Ken Russell version of this story was heavily influenced by the silent version as it too was more than a little over the top. The editing is excellent and many of the shot compositions are fantastic and unique looking.

The actual dance is a little underwhelming and I was surprised that while she asked for the head of John the Baptist we don't see it on it's silver plate and we certainly don't see her kiss it's lips. That was done under the cover of her robe and might make that act seem even more shocking in the end. 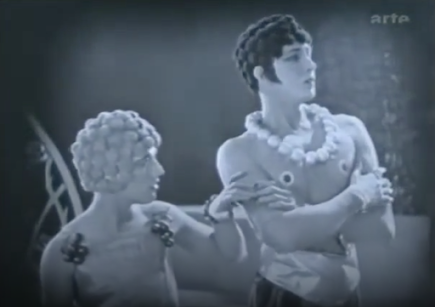 Posted by Behemoth media at 1:42 PM