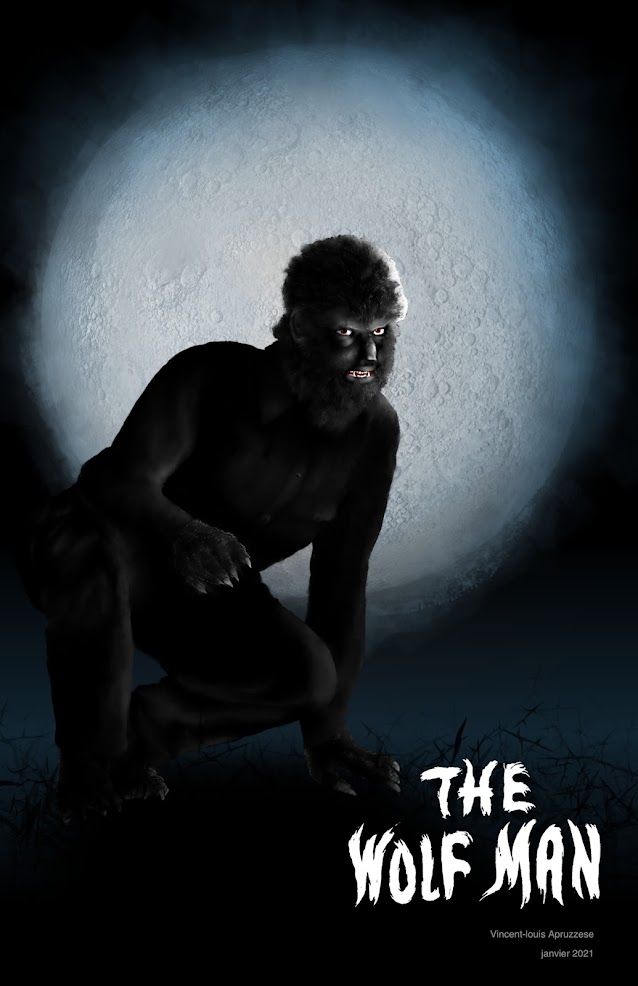 This was the one that started it all and almost anded it all. I tried several times to do a Wolfman illustration/poster over the years and never came close to getting anything close to what I envisioned. This is pretty far from what I going for back then, but I have been fairly successful or at least having enough fun with making monster poster more recently and gave Lawrence Talbot another go.

I made a pretty detailed sketch based on quite a few reference images. I wasn't sure how much I wanted to show his shirt details and decided to try a style in-between the giant monsters and the classic horror monster posters. So mostly black and white wth hints of colour and still used the charcoal brushes in Krita  for the character. I used some brushes in Affinity photo and modified a 3 moon image I made a long while back which I painted over. The logo is from the opening credits of the film and remade in Affinity Designer.

Despite the references I have myself  much more liberty to use my own imagination in the pose, details and lighting than in previous projects. Sadly the TONS of detailed I put into the fur on the head is now hidden in shadow but it looks better this way in my opinion.

This one has a true "move poster" vibe to it. 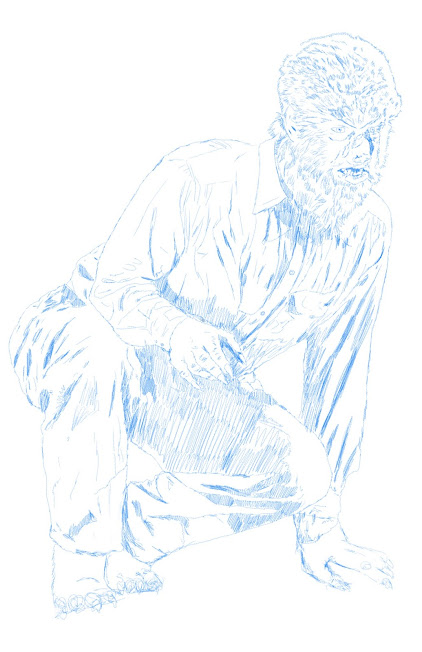 Posted by Behemoth media at 6:55 PM