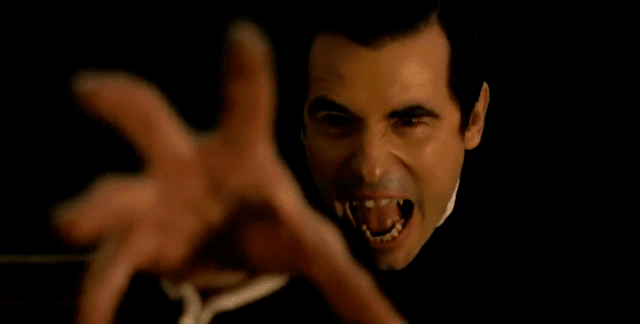 Should you see it? I would say yes because it's pretty great until the last five minutes. there is much to recommend about the the majority of it. It is a shame the ending just doesn't live up to lead up.
Posted by Behemoth media at 3:06 PM

I enjoyed the first two episodes but thought it became stupid in the third.

I can not disagree! I was intrigued for part of the third episode, i liked Dracula commenting on the poor women’s house have things not even the richest in his era could dream of however. As it got closer to the end it really dropped the ball. You know they are setting it up for another season...