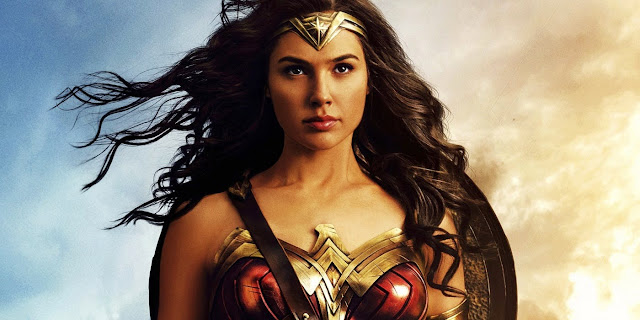 You can't really understate how good Gaddot is in this role. Her presence is capable and seems very real. I'd see just about anything else she does after this.
Posted by Behemoth media at 5:43 PM

I enjoyed this one as well. You could have told the world that a WHITE MAN directed this and they'd have been fine. There's no reason women can't do just about anything (female impersonator is still a MAN'S job!! :"D) and do it well. That we're still having this conversation in the 21st century is ridiculous. I liked the character, the portrayal and the action. One thing you failed to mention, though is Chris Pine's ass! Because it's the only one we see and I took it as the gift it was meant to be. Seriously, this was fun and I'm glad it did so well. I hope the director gets lots more chances.

I love everything about Chris Pine! he is a dreamy monkey faced boy! I think that magic pool on the island stripped him of all his body hair... must have been a Hair bath! The director is getting Wonder woman 2 at least but they really need to give her something meaty - she has proven she can handle any size film at this point.