I can’t live without my iPod (I don’t have a cell phone however) but not because I listen to tons of music. I listen to podcasts, free radio broadcast like shows you can find for free on iTunes. There a re video and audio podcasts on every subject imaginable and while I listen to many science and skeptical podcasts, I’ve find a couple really great ones for film freaks.

The Projection Booth
This is an amazing recourse. I many ways it is like a continuation of the Danny Peary Cult Movie books in how the information is presented. The presenters give you an overview of the film, usually a cult film that not even I have heard of along with interviews, history, production stories and discussions on why this film has a following... or should.

Cinefantastique Online
The print magazine has quite the nice accompanying podcast and while the quality isn’t always the best the reporting is lively and interesting. They cover all genre films (sci-fi, horror etc) and also broadcast interviews along with critiques and discussions. They also do what all slammers love to do... watch terrible movies and then talk about then for hours.

Podcasts are great to listen to at the gym, working on something visual where audio won’t distract you, driving on trips... anywhere you need a slight distraction form tedious or long task.

Any other recommendations?
Posted by Behemoth media at 4:12 PM No comments: 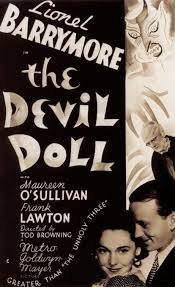 Directed by Tod Browning and starring Lionel Barrymore as with Maureen O'Sullivan this film could be summed up as: A banker wrongly convicted of robbery and murder by his three partners escapes prison to get revenge, clear his name and win back the respect of his estranged daughter. Of course, that description is accurate but ignores all the WTF going on in this bizarre movie.

Barrymore as Paul Lavond escapes with a mad scientist who is determined to help extend the world's resources by shrinking every living thing to the size of a Barbie doll with the help of his somewhat crippled, huge eyed, black haired with a big white streaked wife who is named Malita, of all things. The scientist dies in the escape and Malita decide to clear the banker's name so she and he can forward her husband's somewhat poorly thought out agenda.

Lavond decides the best way to proceed is spend most of the film dressed as an old woman and use the devilish dolls, who are real people shrunk down, to kill his betrayers and force them to confess. These little assassins have no will of their own and can be controlled....somehow... to do his bidding. How the scientist thought mindless zombie dolls were humanities future is never explained. Nor is it explained how they feed them or stop them from peeing and pooping themselves when given to his enemies children as a toy. Maybe they come with diapers.

M. Lavond manages to befriend his daughter who is living in poverty with his mother for the purpose of hearing how much she hates him and the spot he has put his family in with his incarceration. His daughter is fooled by drag easily enough and confides in him that she also can't marry the boy she loves because of the shame that has been associated by the family name.

Malita goes bat shit crazy(er?) when Barrymore's character finally succeeds in clearing his name and wants out of the shrinking scheme and kills herself and the mini people in a fire. You'd think he would be happy and free and clear. But no! For some really inexplicable reason he tells the daughter's boyfriend everything and then tells her he is the dead the scientist and her father (who she does not recognize out of drag either even though his photo has been posted all over town during his escape) is dead. So she gets the business and the money and her name cleared so she can marry while he heavily hints he will kill himself, apparently for her... happiness ?

I just don't get it, she would be much happier getting to know her father again while he retakes his business. Plus her boyfriend will have to live with this secret being kept from her forever. I'm sure she would kill him on the spot if she knew he knew that old man was really her missing dad!

In any case , the film is brilliant and somehow Browning manages to make all this insane storyline seem perfectly natural. The visuals are great, the living dolls are better than in Bride of Frankenstein, which I believe we're also created to save the planet.

Sadly, the earth had 2 billion people when this was made and  7 billion now and we still aren't a race of devil dolls!
Posted by Behemoth media at 5:39 AM No comments: 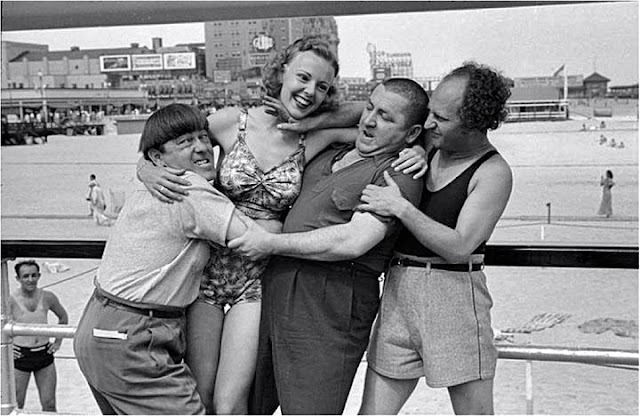 Posted by glyphjockey at 7:22 PM No comments:

Father of the Children of the Gods 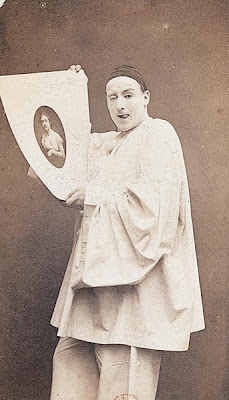 Posted by glyphjockey at 7:07 PM No comments: