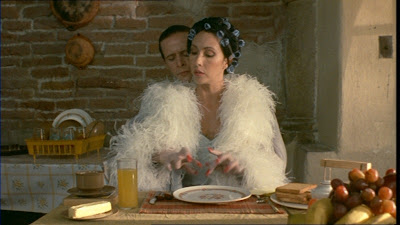 Since Mr. Sophistication brought it up...

If you are looking for a film that explores the inner mind of a circus boy whose mother is the head of a bizzarre religious cult whose arms are cut off by his cheating father after she throws acid on his penis and escapes from an asylum years later only to find himself walking behind his mother who can control his arms as replacements for her own for the purpose of knitting and serial killing... then this is the film you’ve been waiting for! Throw in a village of starving people tearing apart and eating a dead elephant and you have «Santa Sangre». 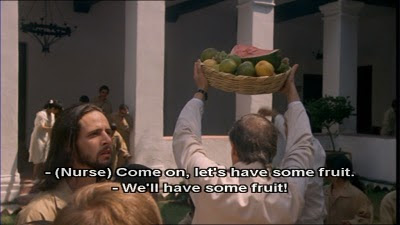 This film has become harder to see than the director’s earlier effort «Topo», despite, believe it or not, being slightly more accessible to a general audience. Beautifullly filmed and well acted, this is truly a masterpiece of cult and off the wall cinema. The seemingly too bizzarrre to be believed plot points are actually quite well handled and, in the end moments, all is explained in a rational way. I think the alienation and life long trauma experienced by the young boy into adulthood is quite real and heartfelt. His life when his mom isn’t walking in front of him using her hands are her own, is spent dressed as the invisible man, underlying is seperation from the real world and we are given glimpses of his desperate desire to rejoin humanity... somehow.

Disturbing and weird, it’s impossible not to watch this film until the end. 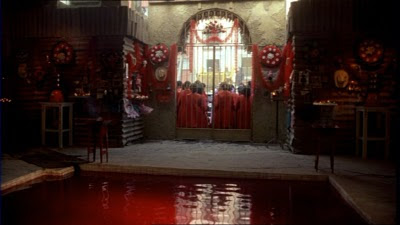 I haven't seen this in years and now's the time to dust it off for a screening! Thanks!

I wish there was aDVD release in north america... it has been released in france and england apparently, even a 2 box set! It was one of those films I'd force people to watch at the video store. I can't tell you how many times we'd yell "Santa Sangre!" for no reason at all.

Righto---my copy is on VHS.

My favorite Jodorowsky film. I got to see it in 35mm in Boston. One of the first things I noticed was the choreography of the samurai sword scene that was obviously referenced in Pulp Fiction. Add that to Tarantino's "borrowed" list.

My favorite Jodorowsky..Its got alot of heart under all that circo..The ending always brings tears..picked up a copy of the UK dvd a couple of years ago..tired of waiting on the US..The Mother,Blanca Guerra constantly turns up in Novelas-mexican soaps,and still looks the same..

I'd love to think she's armless on those soaps!