Oh My. It's Fruitcake Weather ! 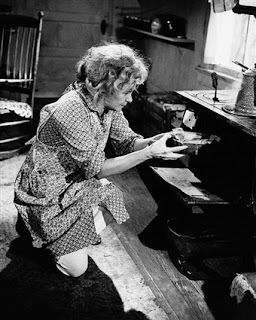 I want to bawl like a baby when I hear/read the last lines of Truman Capote's A Christmas Memory. That thing about kites and heaven ...oh shit...pass the hanky!

The story of young "Buddy" and his elderly cousin Sook was immortalized in the 1966 telefilm. The incredible (and loveable) Geraldine Page won a well deserved Emmy for her unforgettable performance. The film was narrated by Truman Capote himself.

For some the film was too grown-up and dull for a "Christmas Special" and it took them until adulthood to appreciate the beauty of this storytelling.

You can read the entire short story on-line here.

or watch the entire film on YOU TUBE while you can...

Posted by Pantheon Zeus at 6:36 PM