What's that you say, Cullen? 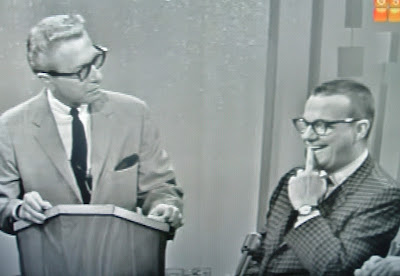 In 2wo mouth-watering handfuls of frolic and funny business!

How could anyone not love this woman?
Posted by Anonymous at 5:54 AM 6 comments:

Radley Metzger = genius! And the hairdos in these films are fantastic.

If you crave more, check out his color trailer for "The Lickerish Quartet" (doncha just love that title?) here or "Carmen, Baby" here.
Posted by Donna Lethal at 6:51 PM 2 comments:

For a Smoocher who is now only able to interact on the interwebs through the manipulation of art, this is mesmerizing and ultimately inspirational.. to me!

Being unable to communicate effectively with words (and possibly by any other means), I'm simply suggesting that you check out what Vicki Bennett - aka People Like Us - has been doing, and let your Michael do what it does best..

"Experimenters in visual perception are using computers to create weird and random patterns that never occur in real life to find out what and how people see when these patterns are shown to them. The art of computer graphics is only in its infancy yet it is already stimulating creative thought in far out areas where research is likely to get complex and unwieldy. If offers not only the means to quicken the pace of discovery but an ideal of communicating what we may discover" - We Edit Life.
Posted by Mrs. Muddle at 7:29 PM No comments: 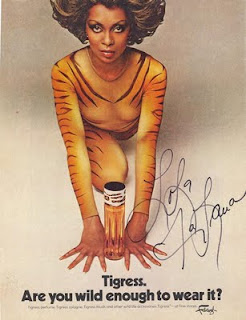 Discovered by Sammy Davis Jr. when she was an Atlantic City chorine, Lola Falana was brought into Sammy's stage productions, and later opened for comic Don Adams in 1960s Vegas.

Lola attained movie stardom first in Italy where she was hailed as the "Black Venus." Her first picture there was a 1967 Spaghetti Western, Lola Colt: Face to Face With The Devil.
Two more Italian films followed, Stasera Mi Butto and Quando Dico Che Ti Amo in 1968.

While in Italy, her ears led her to the groovy sound of rock & roll sensation:
Rocky Roberts and The Airdales. 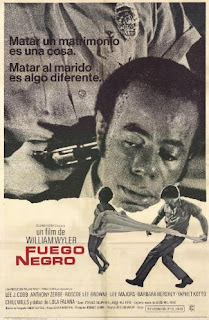 Lola starred in Matt Cimber's 1975 production of Lady Cocoa (also released as Pop Goes the Weasel) - where Lola played a sexy con artist released from prison for 24 hours to snag her ex-boyfriend / pimp. Her co-star was Mean Joe Greene. 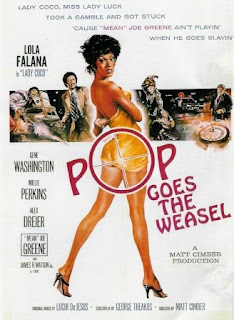 Lola went on to become 'Queen of Las Vegas' headliners in the 1970s and hosted her own TV variety series (now on DVD!). She worked often with Bob Hope, Bill Cosby, Redd Foxx, Flip Wilson and Wayne Newton.

In the 1980s, she was diagnosed with MS, and in 1991 she converted to Catholicism and began giving lectures in churches that are described as part sermon, part personal memoir. She retired from singing and lives in Las Vegas.
Posted by Pantheon Zeus at 8:09 PM 4 comments:

I Just Took A Ride In A Smoochball Machine

The Cat That Ate the Cream

Because Everything Sounds Better in Italian!


I'm having a Michael Parks morning.

A Dose of Raquel

Because it's been awhile, hasn't it, Keith?

I stumbled on this site where Rob Richards displays the truly amazing art that we so seldom get to study and appreciate. 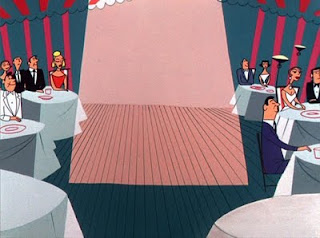 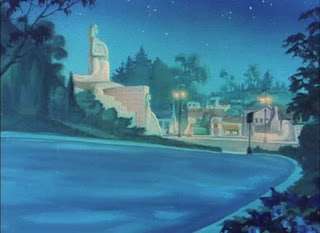 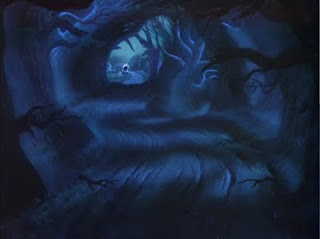 Marty Friedman used to play guitar for Megadeth and now he lives in Japan, so naturally he's involved in a cartoon called Death Panda. How could he not be? 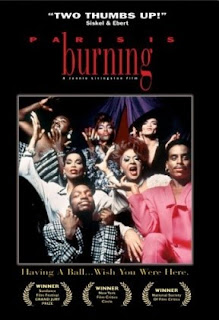 
This is Film as a snapshot of a time, place, and people that are all too quickly lost.

The wiki page on this landmark documentary from 1990 that was released on DVD in 2005. 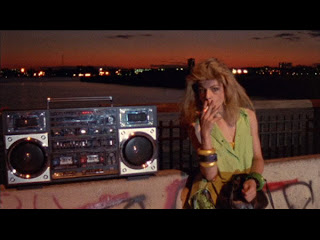 Get To The Choppa!

What do you get when you cross a love for Arnold Schwarzenegger movies and Metal music? You get Austrian Death Machine, that's what.

Mavis is staying with me all week!

Did John Waters direct this? Identical twins? Was it Baltimore week?

God Has Spoken To Me 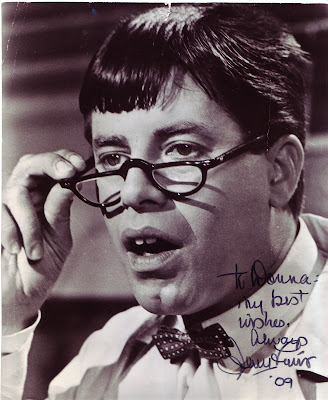 Thanks, James Neibaur, for making this happen.
Posted by Donna Lethal at 5:07 PM 4 comments:

PCL Link Dump buddy and unstoppable force Martin Klasch has led us to a site that has an obsession with screen grabs and posters, many of the Slammerish ilk. I Heart (or Love) Hot Dogs - go or for that matter, gogo. It might be where I got that Postman .gif. 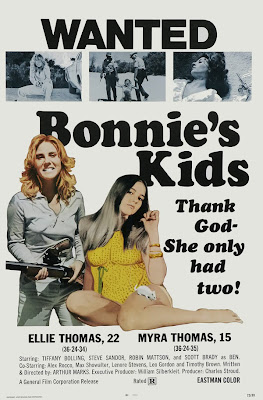 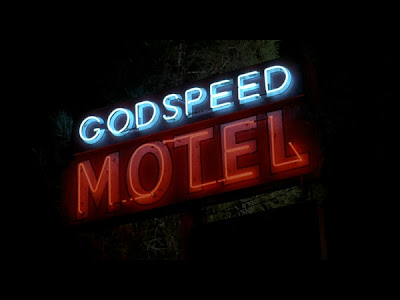 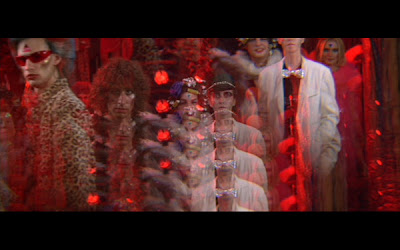 Posted by glyphjockey at 3:39 PM 4 comments:

I still am in shock that this was on TCM last night. I wish I could have given you advance warning - I managed to hit record ten minutes into it before my mind was completely blown! Read more here.

Jerry Lewis and the Humbugs

I love Jerry and I swear, I will watch him do anything.

PITCH: "It's The Out of Towners meets After Hours."

released in Spring for another hopeful THE HANGOVER boffo adult hit. 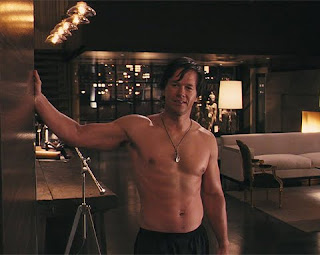 Okay, I would gladly make out with every one in this cast !
Posted by Pantheon Zeus at 2:04 PM 4 comments:

Roger Corman Gets an Oscar

An Honorary Governor's Award, since Cockfighter was a few years ago....... 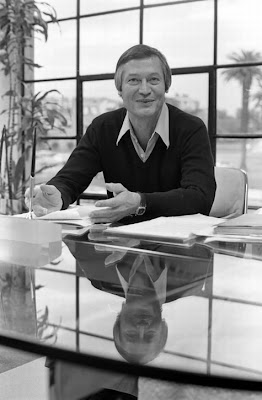 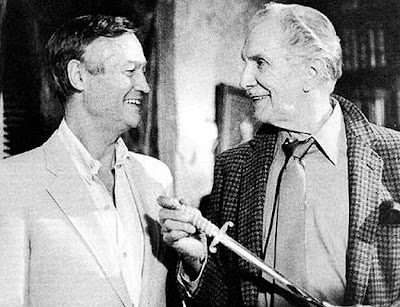 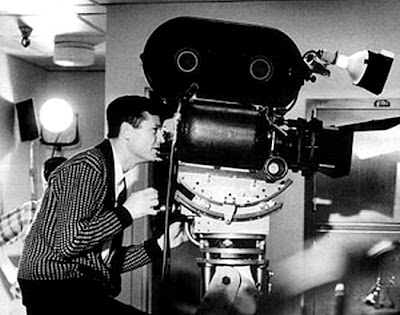 Found out here
Posted by glyphjockey at 11:23 AM 5 comments:

This song by Muse has been out for a while, but I watched the video for it again the other day and realized that it's the best homage to the absurdity of 70s Italian cinema I've seen in a long time. Enjoy!

You Only Live Twice

My latest post at my Sugar & Spice blog is about Mie Hama from the Bond film You Only Live Twice. I thought I would post a video here that I came across. It features the theme song by Nancy Sinatra as well as clips from the movie. 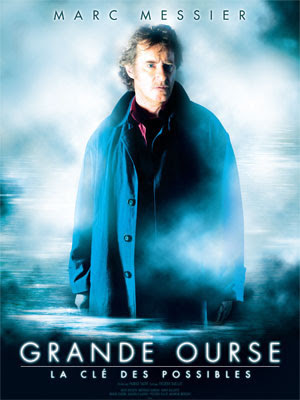 Grande Ourse was a TV show from the years 2004-2006 about mysterious goings on in a remote mining town in Northern Québec. This a film based on those characters and actually spring from the storylines at the end of the show’s run, but manages to not make it a requirement to have seen the show in order to follow what’s happening on screen.

The movie is intriguing and the storyline twisted.. it follows into quite a few alternate realities, and delves into it’s own brand of occult and paranormal tangents. The 3 main characters are all from the original show and played by the same actors. Louis-Bernard Lapointe (Marc Messier) as the reporter turned clairvoyant, Émile Biron (Normand Daneau) his doting assistant and boyfriend to Gastonne Béliveau (Fanny Mallette) a police officer who seems to take her gun out at the sign of.. well anything. Even while following an unarmed old woman and child through the streets. She doesn’t hold it right either, which distracted me a bit.

The cinematography is really excellent. The abduction of one of the main characters is really creepy as is the «witch» who looks like a real version of a Brother’s Quay puppet. Her little boy companion does traditional Québec dances, which are creepy enough to me (just watch any episode of «Soirée Canadienne»). There is different lighting and colour treatment for each «reality» which helps keeps things somewhat straight in your head... the story is too odd to desribe without ruining something in the plot. I will say the film is not over when you think it is and some important questions are answered (sort of) by a funny one liner in a little epilogue. 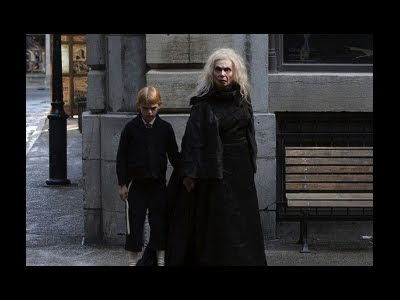 What I really liked about it most of all was the world it presented... very original yet gothic horror in many ways. The story was not rushed, there are no real «action» sequences or explosions, just an engaging and challenging plot to keep you guessing what will happen next.

I am not sure if it’s available in the USA... it says it has English subtitles, but I didn’t actually bother to check if it really did of how good they were. In many ways, the series was Quebec’s «Twin Peaks» and this film does the legacy justice I think.
Posted by Behemoth media at 10:12 AM 4 comments:

Yes, there was a sequel to "What's New, Pussycat?" and this was it:

you read those credits right!
Posted by Donna Lethal at 1:16 PM 6 comments:

Email ThisBlogThis!Share to TwitterShare to FacebookShare to Pinterest
Labels: sequels

'The Most Surprising Production of the Year!'

Reading that Jake G is gonna play Joe Namath sent me and Marky off into a Joe-viewing frenzy. Then I remembered C.C. and Company where Joe meets his match in the form of supergoddess Ann-Margret:

ps. I'm reposting this today because I was remembering how I first discovered the greatness that is Wayne.
Posted by Donna Lethal at 5:03 PM 5 comments:

Angel, Angel, Down We Go

Is there an exorcist on board? A singing nun? 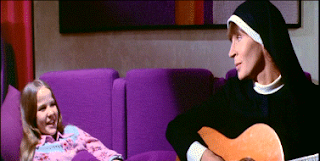 Australian recording star & Grammy winner Helen Reddy made her film debut as a singing nun trying to cheer up sick little Linda Blair in Airport '75. She sang "Best Friend" and the sequence was later parodied in Airplane! (1980).

For her nun role, Reddy was nominated for a Golden Globe for Most Promising Female Newcomer.

2 years later, Reddy's vocals were heard in a strange little film called "All This and World War II" (1976).

IMDB says: Beatles' "significance" pushed to the breaking point in this bizarre documentary that juxtaposes their songs (sung by a number of rock stars) with World War II newsreel footage. Helen Reddy sings "Fool On The Hill" while Hitler relaxes at Bertchtesgaden, and Rod Stewart husks "Get Back" while Nazi troops goose step. 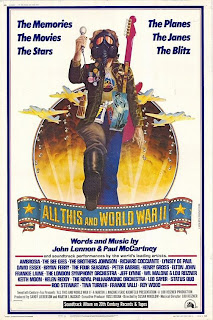 The film was a box office flop - but became a favorite on VHS/ DVD decades later. Helen Reddy is likeable as Nora- the lightkeeper's daughter who is still hoping her lost-at-sea husband will return home. 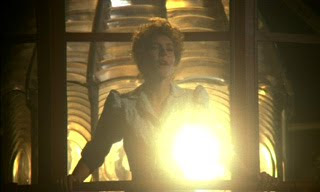 Crowbarred into the family film is the shticky comedy of Mickey Rooney and Red Buttons and the big cheese du jour of mid 70s Broadway: Jim Dale as the charlatan doctor and dragon hunter.

With competing villains (Dale and Winters), hammy comics (Rooney & Buttons), claustrophobic Disney ranch/backlot settings, and the watered down choreography of the accomodating Onna White - the film misfires quite often.

Helen carries many musical numbers - but the film is miles away from repeating Disney's Mary Poppins (1964) success - and is closer to Bedknobs & Broomsticks (1971) but far more land-locked and less magical.

Still, Helen is charming with her Aussie accent peeking through her dialogue. Her lighthouse ballad "Candle on the Water" was nommed for Best Song at the Oscars that year. I think it's one of the prettiest songs.

Reddy went back to touring and contributed ballads for movies (Belushi's "Continental Divide" theme "I'll Never Say Goodbye to You"). She also performed in London and Broadway musicals of the 80s and 90s and wrote her memoir "The Woman I Am".

Reddy decided to retire from her singing career in 2002 after a lifetime on stage - and she is now happily working as a clinical hypnotherapist in Sydney. 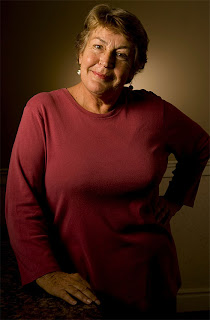