Tura talks about fighting and showing Russ Meyer how to shoot a scene the Satana way. Are there any fanatics out there willing to confirm if the pictures below are of a very young Tura? 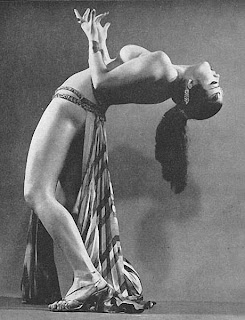 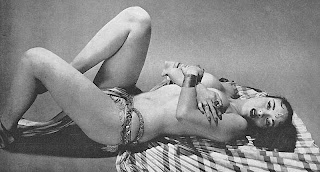 No! Go to Classic Television Showbiz and watch all of the Jerry Lewis Show Premiere from 1963.

Email ThisBlogThis!Share to TwitterShare to FacebookShare to Pinterest
Labels: Jerry Lewis, The King of Comedy

Hot Film in the Summertime

There are certain films that truly convey the summer scorching heat in which they are set. You feel it. Below are some of my favorite "summer" films to watch in front of a fan with a lemon coke with lots of chipped ice.

Sounder (1972)
What a classic. This story of a 1930s sharecropper's son is one that I can never ignore on TV. I get pulled in immediately. The kids are real and honest. The southern locales are the genuine article. This movie has so much heart it makes you feel more alive after viewing. 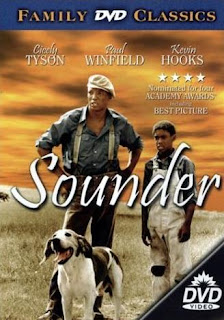 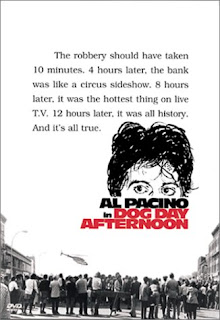 Miss Firecracker (1989)
Holly Hunter's brilliant stage role brought to film is full of fun performances including Mary Steenburgen (who was never better than in this film as selfish, conceited Cousin Elaine) and Alfre Woodard (as sweet seamstress "Popeye") -- well, I fell in love with Alfre immediately. 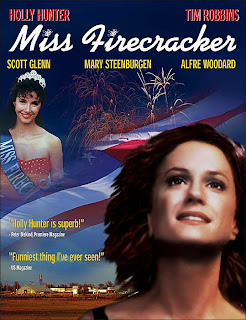 A Streetcar Named Desire (1984)
I prefer the Ann-Margret TV-version. She is incredible - and pulls off hot mess Blanche Dubois better than most. 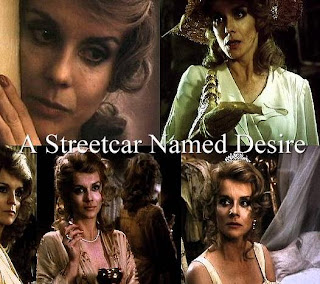 ---
Spike Lee's Summer of Sam and Do the Right Thing are pretty classic summer films too. 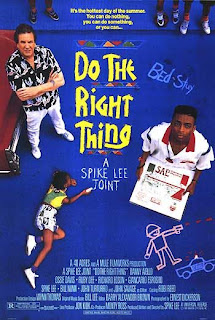 What are your fave films that take you to a hot and sticky summer day?
Posted by Pantheon Zeus at 8:50 PM 6 comments:

Email ThisBlogThis!Share to TwitterShare to FacebookShare to Pinterest
Labels: Ann-Margret, Goddess, The Swinger

Confessions of an Opium Eater 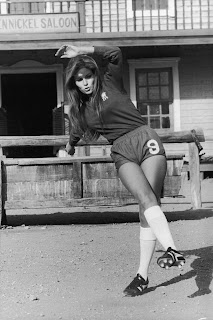 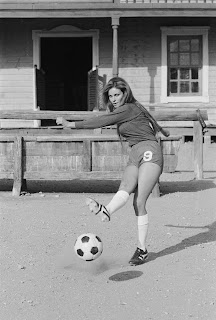 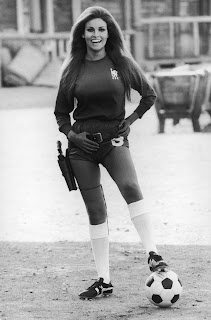 Cross-blogged w/ The Scandy Factory
Posted by Anonymous at 2:18 AM 4 comments:

Email ThisBlogThis!Share to TwitterShare to FacebookShare to Pinterest
Labels: grindhouse

The Sexy & Tough Babes Of Grindhouse

I came across this tribute video the other day to the sexy and tough babes from Grindhouse. I had to share it with my friends here. These are definitely my kind of girls. I hope you enjoy it.

I almost forgot to mention about my post about the Crazy Babysitter Twins from Planet Terror on my Sugar & Spice blog. Please feel free to check it out and leave some feedback there. Thanks.
Posted by Keith at 5:02 PM 4 comments:

Thanks Paul
Posted by Donna Lethal at 1:51 PM 2 comments:

There are few things more terrifying than a sadistic midget dressed as a baby, but throw in ventriloquism, old lady drag, and an emasculated strongman terrorized by a gorilla and you've got "The Unholy Three." Maybe because I saw this movie quite a few times on LSD (I was never a "peace and love" type) it's had quite an effect on me, and last night I watched it again on TCM. I should have blogged it sooner in case some of you who hadn't seen it could have set your DVRs, but hopefully it will rerun again soon. Here's some screenshots.


Here's the film's opener. Note, this is the talkie remake directed by Jack Conway, but just as good.
Posted by Donna Lethal at 5:48 PM 6 comments:

If you love Jerry as much as we do, head over to Senses of Cinema, and read James L. Neibaur's latest piece on "The Bellboy." James has written the Jerry BIBLE - "The Jerry Lewis Films: An Analytical Filmography of the Innovative Comic" (with Ted Okuda, 1994) and even has the benediction of the King himself! 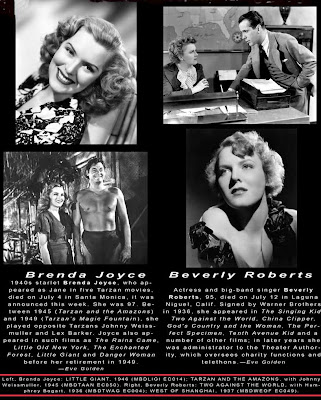 click to enlarge.
Posted by Donna Lethal at 1:34 PM 3 comments:

Written, directed by and starring Anthony Newley as Merkin with his wife,Joan Collins("Polyester Poontang"), Milton Berle("Goodtime Eddie Filth") and George Jessel("The Presence")! This little mindrocker is a mid-life crisis musical mockumentary with a not-too-subtle dash of Fellini whimsy. Here's the trailer:

Another scene with George Jessel and Milton Berle!

According to a commenter on IMDb, Joan Collins soon left him after the premiere! Now that is a scathing review!
Posted by Mavis Martini at 7:46 AM 3 comments:

Naturally I've chosen to highlight one of our favorites. Check out this site. 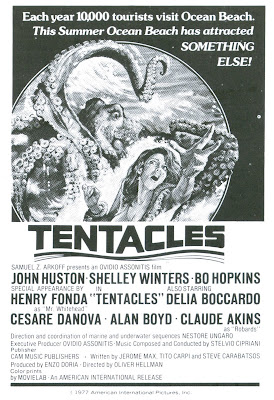 Personally I Think He Was Out On A 69 Call

I'm planning on watching The D.I. soon and I ran across this (each links to giagundo versions):

a touch of kismet after meeting James Ellroy (who has employed and appreciated Jack Webb at different times in his career) last week.

I love the use of clipped sentences a la Jack's show, and the old Confidential Magazine modus opperandi of giving real addresses and license plate numbers. No wonder they got in trouble.

Anyway, I also found this weird quintessentially Jack Webb trailer for the DI where he uses more of his stylistically low budgetude to intro the film - without any actual clips:

Posted by glyphjockey at 4:39 PM 3 comments: 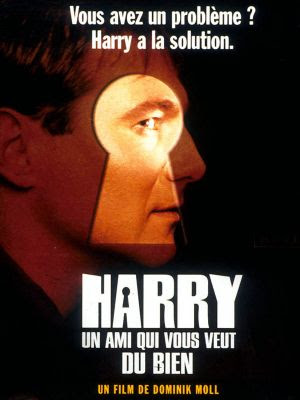 Last night's DVR from IFC. The feel of this film by director Dominik Moll is akin to Hitchcock, yet without any direct "tribute-y" vibe. I mean it's well-constructed; the structure of the shot sequence is so carefully thought out that the journey this film takes you on unfolds with every moment seeming to emanate from a blank slate. It's only until the final 3rd of the film that one starts to anticipate some of the shocking activities that take place. The players are all radiating their own enigmatic energy, even when no dialogue carries them. Lastly, the bathroom is about one of the best non-human actors I've seen in a while. Strongly, STRONGLY recommended by me. I know, "So what?" So there.

Sry - no subtitled trailer.
Posted by glyphjockey at 3:03 PM No comments:

Ripped from the Headlines!

Someone's been watching a little Ed Wood for inspiration!


thanks Karen
Posted by Donna Lethal at 1:59 PM 3 comments:

Only in the 80s could a movie about two guys defiling a corpse over a long holiday weekend be considered a great comedy. Oh, who am I kidding. It is a great comedy.

I can't believe this is the best version of the trailer I can find on YouTube. 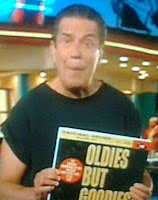 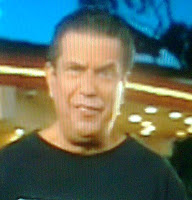 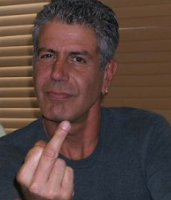 Email ThisBlogThis!Share to TwitterShare to FacebookShare to Pinterest
Labels: obnoxious

Email ThisBlogThis!Share to TwitterShare to FacebookShare to Pinterest
Labels: Frederick's of Hollywood, lingerie

Just A Dream Away

From "Moog! Claude Denjean And The Moog Synthesizer".
Posted by Mrs. Muddle at 7:28 PM 1 comment:

All Eyes on Sharon Tate

I'm in the middle of writing a piece on Marie "The Body" McDonald. Stay tuned!
Posted by Donna Lethal at 10:54 PM 3 comments:

"Which one of you bitches is my mother?" 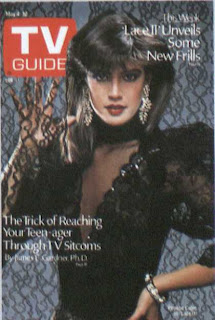 It was 25 years ago, that a cunning euroslut-turned-legit-film-star named LILI (played by Phoebe Cates using a crazed accent) brought together Maxine, Pagan and Judy - three former boarding school chums turned socialites. They convened in Manhattan all seeking favors from this International Film Star, LILI. She had them right where she wanted them when she asked the immortal 1984 TV miniseries question: "Incidentally, which one of you bitches is my mother?"

blurry mini clip below -- followed by a clear longer one (go to 1:42 mark for the immortal line)

I recall another gem of a line where LILI explains her plot to find the three women who conspired to keep her a downtrodden waif and says:
"They sent me to HELL and now I am back to teach them what I learned there."

Best of all -- this was a HUGE ratings smash. It spawned a sequel: LACE II
where LILI now seeks to learn her paternity and (I think) calls the 3 contenders "bastards" instead of "bitches". 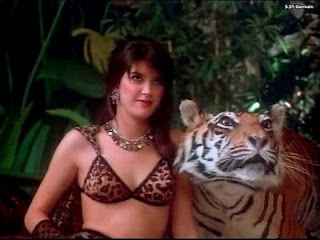 Email ThisBlogThis!Share to TwitterShare to FacebookShare to Pinterest
Labels: 1980s, I never get tired of this, Phoebe Cates

Although this was released in 2001, I just watched it. Roman Coppola's feature debut was a fun, yet thoughtful little romp through late '60s Euro pop cinema. The colorful cast includes Jason Schwartzman as an over-the-top American director, Giancarlo Giannini as a Dino De Laurentiis-esque producer,and super model stunner Angela Lindvall as superagent "Dragonfly" in the film-within-a-film. Jeremy Davies (who's also played Charlie Manson on TV!) is the sweet, sensitive film editor caught up in the madcap movie melange. The soundtrack is terrific also, from spaceypop duo(?) Mellow. I hope to see more from this Coppola chap!

Whatever you think of any of the other Batman films, TV shows, animation, this version from the Phillipines... well... it defies description! This the end musical number.... yes there are more... Inexplicable appearances by Spiderman and who know who else make it very "special" indeed.

Part 2 of a bizarre behind-the-scenes documentary on the making of the Serta Sleeper commercials with Joey Heatherton. Wow.

thanks Andrew
Posted by Donna Lethal at 3:00 PM 3 comments:

A friend sent me this ... someone actually compiled a "best of" Mrs. Slocombe and her pussy. God bless the you tubes.

Did you know Captain Peacock is still with us? Here he is at Wendy Richard's funeral.
Posted by Donna Lethal at 4:32 PM 5 comments:

Email ThisBlogThis!Share to TwitterShare to FacebookShare to Pinterest
Labels: Are You Being Served?, Mollie Sudgen

BALLYHOO: The Hollywood Sideshow (1996) is an early documentary on the world of exploitation cinema and its origins. Originally aired on American Movie Classics-- when it was still commercial-free and supported Hollywood's Golden Age-- what it lacks in high energy it makes up for in being an adequately informative introduction to anyone newly discovering this uniquely American genre of low budget filmmaking and the sensationalism used to promote it. Hosted by Frankie Avalon and featuring comments from John Waters, Roger Ebert, Peter Bogdanovich, Mamie Van Doren, and exploitation pioneer Dave Friedman, among others. Introduction by former AMC host, Nick Clooney.
These videos were transferred from VHS which were recorded from broadcast over 10 years ago, so you may find the quality offered a couple of miles this side of inferior. But hey, what d'ya want fer nuthin'? ;-) Enjoy.

If you'd like to see more, you can watch parts 2 thru 7
via my YouTube channel
Posted by Anonymous at 9:00 PM 2 comments:

Some clips from the 1994 documentary " Wildwood, NJ " (directed by Carol Weaks/Cassidy & Ruth Leitman) from ruthlessfilms.com


It also starred Sabrina, though she's not really visible in the trailer. Read all about her here and about her in "Satan" here.
Posted by Donna Lethal at 7:52 PM 2 comments:

I discovered a ... bad commercial


Posted by Donna Lethal at 4:24 PM No comments:

Drew Friedman found this one.