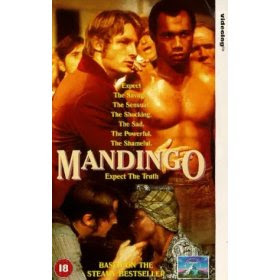 Many years ago, I used to work at a large video rental store on Newbury Street, Boston (USA). The clientele was challenging at times to say the least. This was the start of video renting and films costs anywhere from 40 – 200$ depending on how much the studios wanted to stick it to the stores. You actually dealt directly with the studios to get videos and they would even let you special order some films they had lying around and not officially released. A blessing... and a curse as one member of the video store decided she absolutely wanted to copy a new copy of a “classic” film. Her plan? Make the store buy a new copy for her, then return it and get her money back after copying it. I made her keep it of course... how many copies of certain films can one store carry?

The resulting conversation as she made her attempt, to the best of my memory:

Of course, during this exchange, a former friend of mine was not so discreetly rolling on the floor, slamming himself against the wall and pointing at her.

She never tried the same thing with “Mandinga”, the “female Mandingo” as the advertisement called it. maybe only the males get fuzzy.

Posted by Behemoth media at 6:39 AM

Oh my god YES! I'm so glad you put "video stores" as a label b/c those stories have to be written down. We are all six degrees of Boston video stores, except for Howie, who is NY/LA video stores. We're all video store geeks!

PS. We were always jealous that you guys could say and do whatever you wanted. Working for a chain, we had to conform to the rules. Boo.

I was the general manager, but I gave the employees the ability not to be rude eexactly, but to call the clients on their bad behavior. One guy "bubba" had groupies because he was nasty and impatient with people!

Oh, you know we could be rude in Brookline...sort of! The customers sure were!