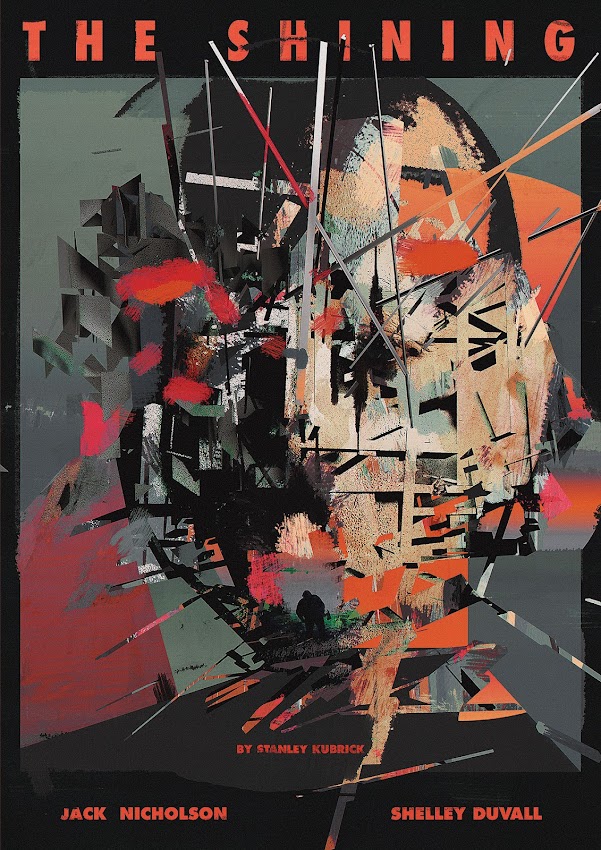 I am not sure what the top poster says about the movie... but I like it. You can almost make Jack Nicolson's face behind the abstraction and there is what looks like a still from the movie near his chin.  The bottom one is certainly terrifying, but it's super weird. I bet Shelley Duval is not happy with it. The posters both seem to be showing some sort of psychosis and at least they get across the disturbing elements of the film... of which there are many. 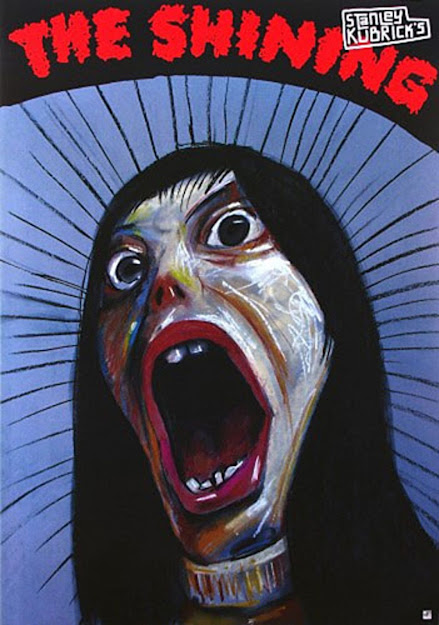 Posted by Behemoth media at 5:03 PM No comments: 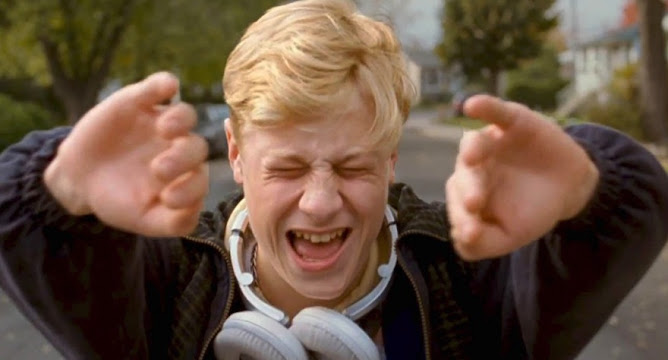 I have been wanting to watch this film for years and when it came on TV I reordered it... and waited more years to play it. I do like the films of Xavier Dolan. Like most filmmakers he has his strong and weak points but overall I don't think anyone can really deny he is a serious and seriously good director/writer/actor and editor. I knew going on this was an intense one and it didn't let me down on that level.

The story of a mother, her son with severe behavioural issues and the neighbour who befriends them, this film while not without humorous moments exposes its subjects and the difficulties they face directly and forced the viewer to deal with it all head on. Filmed in a 1:1 ratio like classic films were, the cramped square restricts and contains their lives and options. It's very effective and the cinematography and editing are amazing. The only quibble I have is the use of popular music throughout. It's not inappropriate but for me personally it takes me a little out of the story from time to time.

The start of the movie has an overly long series of title cards outline how a new government has enacted a law that allows poor parent's of troubled kids to place them into hospital with basically no question asked. I think this could have been told in a short line of dialogue or some other way that didn't drag out the start of the film as it's a plot convenience and the story is not about it.

I do not want to spoil the film, though to be honest, there isn't much room for what happens at the end to progress in many other directions but there is point where the lives of the characters and literally the world of the film opens up for a brief time before it all closes in on them again.

The there main actors Anne Dorval, Antoine Olivier Pilon and Suzanne Clément are stunning in their roles. Dolan's collaboration with the actors, particularly his long association with Dorval pays off with her giving a very real intense performance that will likely bring you to tears. Pilon keeps you n edge the entire running time. He never overplays his condition and makes it clear there is no predicting his behaviour from one moment to the next.  Clément with her stutter and reserved manner is a calming influence on the others and us.

*I would like to give a pat on the back to out Québec productions. Less than 5 million $ to make this film which is typical and the quality is in line with anything I've seen at 100 million $. Proof that the success of a movie lies in it's tory, actors and technicians and dedication to strong ideas and situations over flash and high paid "stars".

Posted by Behemoth media at 12:55 PM No comments:

Narrated by Lupita Nyongo, this hour long documentary for Apple TV+ is very well produced and does a good job telling the basics of Peanuts cartoon creator Charles Schultz. It has nicely done appropriate graphics setting the cartoon strip as a template to tell the story and includes a Charlie Brown animated story throughout in which he is asked to do an essay about himself.

I can't say it's bad doc because it really isn't. but it lacks depth mostly because I think it is aimed a very young audiences as an introduction to Shultz's life which was pretty interesting. To my ears, Nyongo's narration is in that tone we reserve for young children, and the details of the artist's life are spoon fed through very simple factual statements. If it is aimed directly for younger children, then it's a good effort. If it was aimed at adults or fans of Peanuts then it's a little too simple and shallow a dive. maybe I knew too much about him already to be a target audience.

Posted by Behemoth media at 1:31 PM No comments: 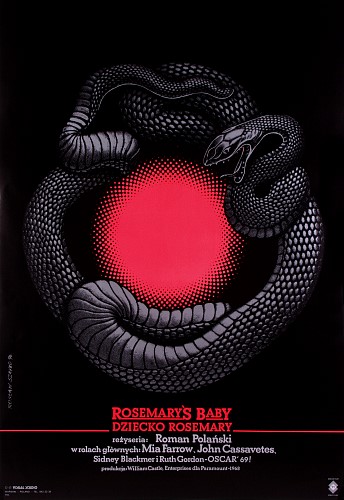 I highly recommend a search of "polish movie posters" if you get a chance. Better yet, just keep reading the Slammer and I'll be posting quite a few over the next year.  I don't know what got me started on this, maybe it was the super bizarre Godzilla poster I saw in a video on monster poster art or maybe it was one of these... lets say varied... interpretations for the film Rosemary's baby.

The top image is my favourite... it's great even it it tells you nothing about the actual film. 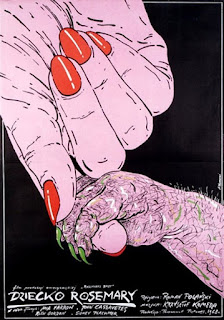 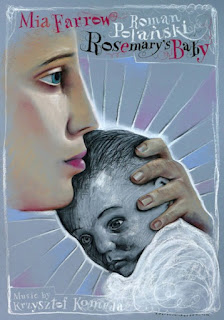 The two above really have  different take on the baby part of the name. One is a creature's hand and the other looks almost like a Madonna and child. 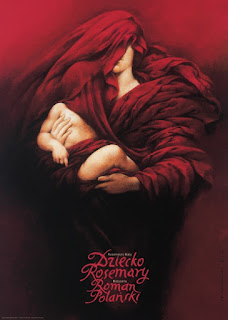 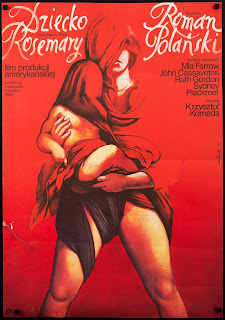 These two obviously have the same inspriationbut took it in wildly different directions. Ones is a very chaste, creepy and , I think well rendered image.. something I might want to draw myself while the other is some sort of 80s exploration film version of the same image. Sexy as Mia Farrow is in the film I just don't see her in that...pose.
Click the images to see larger versions.
Believe me, this is the just scratching the surface and I'll be exhibiting many more Polish posters soon.
Posted by Behemoth media at 6:22 AM No comments: