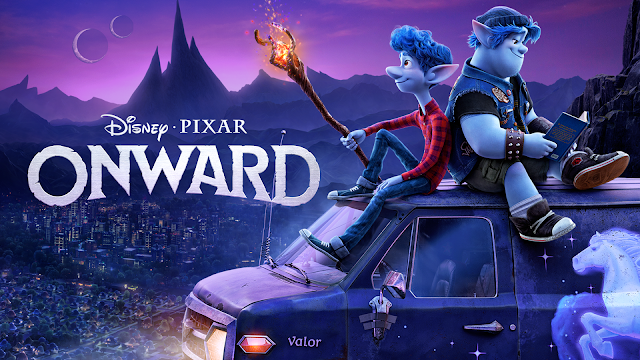 This Pixar offering supposes that it's world was populated by mythical creatures and magic until technology came along which was much easier to control and learn than magic. Over time the magic was basically forgotten and pushed aside.

The film follows the adventures of Ian and his brother who receive a wizard's staff and a not from their dead dad which states it can be used to bring him back, for one day only. The spell goes awry and only the lower half of papa returns and they are off to find a magic stone to bring the rest of him back before the sun sets the next day.

The story is a bit off the beaten track, which to me is its strongest asset. Like most Pixar films there are wonderful details and beautiful animation along with some fun Dungeon and Dragons references.

At 200 million dollars and box office of only 114 million this could be a rare Pixar failure but I have hard time seeing it in that light. The film is far from a dud in any way shape or form and while not the strongest of their films, it's entertaining and has plenty of legit emotion coming from the characters. It was released just before the COVID shutdown worldwide, so it's amazing it made even ½ its money back, considering. If it was up to me, I would consider a re-release when things go back to normal and see how it goes. It could easily find a larger audience if given the chance.

Posted by Behemoth media at 3:16 PM No comments:

Made in 2005 as a companion documentary for the 2005 re-release fo the original film, this film covers just about anything you might want to know about the making of the classic film from conception, to filming to reception as well as it's importance in the world of cinema. The interviews are top notch people and full of interesting information. I did get a little annoyed at the repetition of the idea that Kong was the first giant monster movie... it's not. Willis O'Brien the effects creator of the film had already done a monster on the loose in his version of "The Lost World" but Kong was definitely the first time we felt for the beast crushing the city he is stuck in. He moved the needle of effects works to a new level that still stands up today and showed that a completely artificially create character could be on par, or even outdo its real life human actors. A worthy documentary of the one of the world's best loved films. See the entire thing in the YouTube link above.
Posted by Behemoth media at 12:44 PM No comments:

I Am Divine (2013) Directed by Jeffrey Schwartz

This is a sweet documentary covering the life of Glen Milstead, better known as the outrageous drag artist Divine who died tragically of a heart attack the day before starting a role on the immensely popular "Married with Children" TV. It was to have been a huge turning point to a career as a more serious character actor.
Pretty much all of Divine's friends and family were tapped for interviews and while the documentary covers all the bases you would expect, it does come off as a little sanitized after reading director's John Water's biographies like "Shock Value". Well, as sanitized as any film about Divine could be. I really appreciated the look into Glen's family life and his relationship with his parents. I was surprised there seemed to be no mention of Cookie Mueller but the other "Dreamland Studios" pals were at least given a mention.
What really comes across is the affection and respect every around Milstead had for him and what a talented performer he was whose life was cut short after years of working towards a shot at more publicly accessible roles. He would have done even greater things and this is a good history and homage to a legend.
Posted by Behemoth media at 6:30 PM No comments:

Cask of Amontillado Selected for a festival you all can watch online! 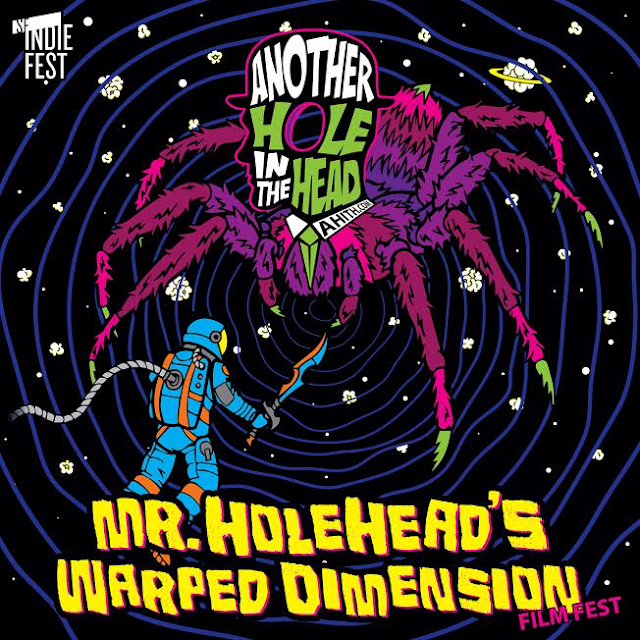 So the SF indie fest/Another Hole in the Head has selected my animation "Cask of Amontillado" for their online Mr. Holehead's Warped Dimension Film Fest!

The festival is the 24th-29th of September 2020 and films will be streamed to a registered Zoom audience. I may also be there in a window for a post screening Q&A live in ZOOM. The link about will have all the pertinent information if I miss posting anything here.

Tickets are now available! Click to see the link and buy tickets. My movie is being shown  on Saturday, September 26 9 a.m. PDT. It costs 10$ for a day pass to the festival so you cna see other things as well! Which is noon eastern Standard time - I think.

My trailer for the festival:

Posted by Behemoth media at 12:50 PM No comments: