The Horrifically Real Virtuality is hard to categorize. It's a theatre piece mixed with a 3D movie mixed with audience participation in a virtual world. It when a small group (us) enters what looks like a cheap sound stage to witness Ed Wood filming a scene for his latest movie starring Bela Lugosi. Lugosi, however, is only seen on the monitor screens as a 3D character, in the real world, he is played by an actor in virtual reality suit that transfers his movements to the 3D puppet. The audience is asked to help in the production which goes wrong, of course, while Wood enthusiastically declare it's all perfect and great. I began to think this was the experience the show was going to give me and was pretty disappointed. Not badly done, but hardly what I imagined a VR experience to be.

Then it all changed. We were escorted to a small hallway, suited up in VR gear with VR headsets and told to enter the cinema for the premiere of the film we just aided in the filming of. The world is now in black and white and appropriately suited up, the hallway is now the entry to the screening room, we walked through the virtual door, sat down and the film started. There were virtual spectators and real ones, we were all... aliens? ... basically we had very similar faces and costumes with our lower bodies replaces by floating flying saucers. You couldn't tell who those you came in with were anymore. The film titles stop and we then could walk directly into the film, a cemetery set with a strange box that had a reproduction of the set we filmed in inside of it. You can touch the box with your virtual hands... a very strange thing to see hand that you move but aren't your own. Then the house in the distance move forward and we enter it, into the set and Bela Lugosi exits the toilet and starts giving us instructions on how we can save his bring his wife, kidnapped by aliens back to him. You can sit on the couches, turn the TV on an off and interact with Lugosi. At the end, you take the headsets off and you are still in the hallway you put them on in.

What just happened? It was amazing and really disturbing and totally fun.

Critiques are minor. The writers obviously did a lot of research on Wood but ignored and managed to somehow miss the mark on the feel of his life and films, I thought. Much of that can be explained by the enormous task of bringing it to a live audience in a virtual set up I would guess. Still, I do think he should have been in an angora sweater at the end while reading the terrible reviews the film got as we exited the show. Despite that not happening we left feeling giddy, excited and unsure what was real or not. 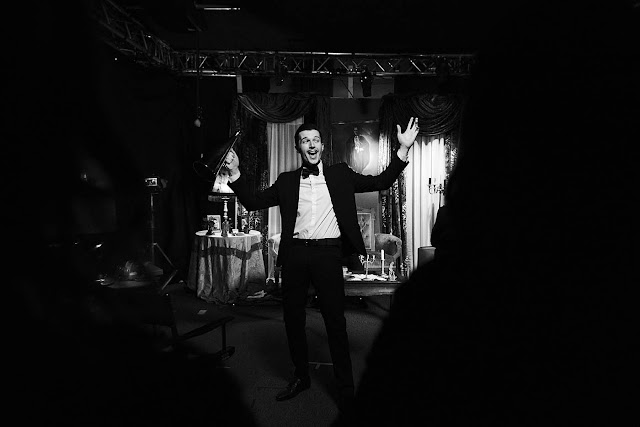 Posted by Behemoth media at 7:53 AM No comments:

The Fox and the Whale (2018) directed by Robin Joseph


Many animations and short films are personal endeavours, but few come close to the beauty of the Fox and the Whale.  This 12-minute contemplative film is so full of amazing imagery that the only to show how beautiful it is to show the film to someone. A still shot doesn't come close to the refined compositions and the painterly look of every scene as they unfold.

If you want to learn more about the production,  Cartoon Brew has a great piece on it. Click the link, it's worth reading.

Not exactly a "one-man show" there is a surprisingly small list of people involved and it's clear that is the deeply persona work of animator Robin Joseph. It combines 2D and 3D animation techniques, lovely music and tells a story that has humour and melancholy combined in an original way.

It’s the sort of film every animator wishes they could make. 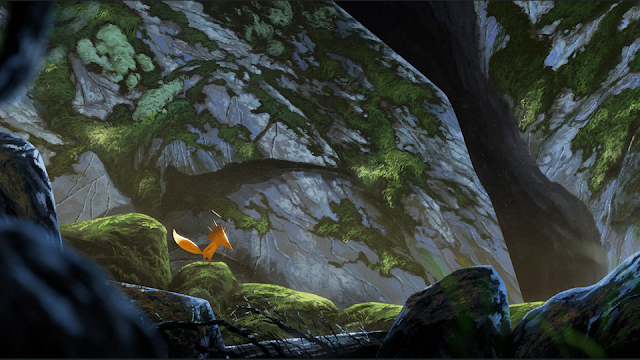 Posted by Behemoth media at 9:10 AM No comments:

Not sure what changed, but comments seem to be working again!  Feel free to leave one!
Posted by Behemoth media at 6:11 AM No comments:


A new little animatedseries. Mike Luce does the voices and it's a lighter fim from the Raven for sure. Jon Bellette (weasel) and Watson (dog) must fight off an invasion from a robot from space. The weasel's voice was inspried by Paul Lynde and the dog was inspired by my dog, Watson. I have the voices ofr a second one recorded so there will be at least two in this series!
Posted by Behemoth media at 9:43 AM No comments: