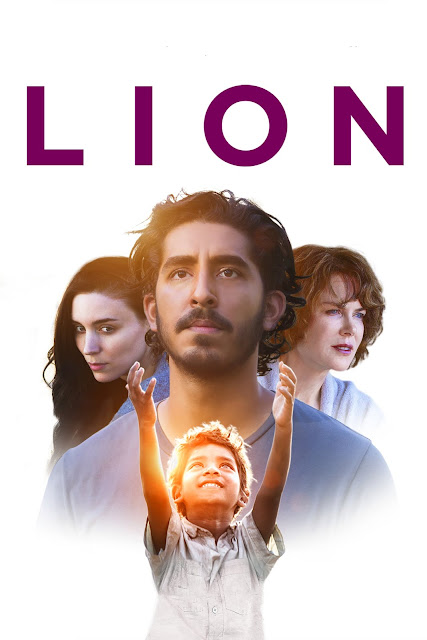 Based on the non-fiction book, The Long Way Home  by Luke Davies , this film is a tear jerker to be sure. Unlike some other films with multi-Oscar nominations, the tears are well-earned. As the story of 5-year-old boy in India who gets lost and eventually adopted by an Australian couple unfolds, the plight of young missing children from the country is made real for the viewer. You realize that where we are in life is pretty much completely by chance and you can't help but feeling for the main character. 20 years after his adoption, a random memory surfaces after having some food from his native country at  a party and he begins a journey to find his birth mother, whom he is convinced must be looking for him still.

I won't go into spoilers because if you haven't seen this film already, it's good to go into it fresh and let it unfold at it's own pace. The performances, especially by Sunny Pawar as the young Saroo. his performance is real and pulls you in. Nicole Kidman is also great as is everyone else.

On a critical level, there isn't much to say against this film. I would have liked to know more about Saroo's adopted brother with the behavorial issues and his adopted parents, though.  I understand time is limited in a movie but just a little more information would have gone a long way I think.

I would say this movie is somewhat a "feel-good" film... but not 100%. there is too much strategy in this life story and the ending is satisfying, but not completely uplifting. A good thing since while Saroo may have been lucky, there 80 000 young children missing every year in India who are not.
Posted by Behemoth media at 12:56 PM No comments: 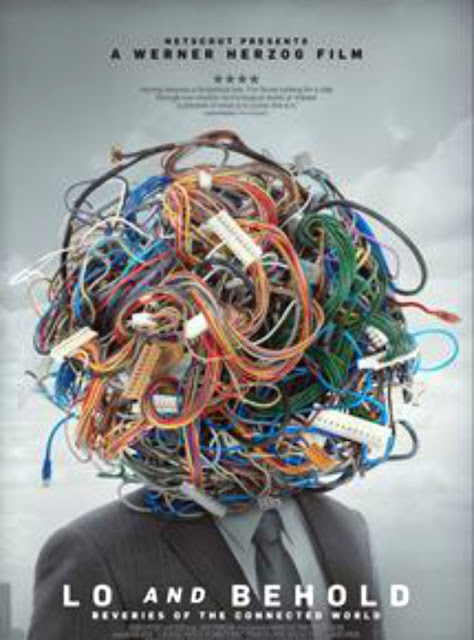 Werner Herzog is a truly great, f not unique film director and his documentary work stands out for its presentation and subject matter. Into the Abyss and From One Second to the Next are two more recent of his documentaries that show how powerful that medium can be. Lo and Behold, sadly is not in that league or even close to it. It rambles, but goes nowhere and it shows, to me at least that Herzog has little to know understanding of the subject matter.

That is not to say it doesn't have it's moments. It does. I particularly liked the interview with Lawrence Krauss who comes across as reasonable person while some of the other experts, like the guy giving the tour of the birthplace of the Internet come across as total crackpots. Elon Musk makes his points well and a couple others refute some of his ideas in ways that I think show there is more than one way to think about the subjects discussed.

My biggest problems are two parts I find offensive or irresponsible, respectively.  The first is the interview with the family who lost a daughter in an accident and then started getting emails of her decapitated body in emails with truly horrible statements about her. That situation is bad enough but Herzog lets the interview include a clip of the mother going all "the Internet is real the Antichrist" and it makes her look foolish and not like the grieving parent she is. I also don't see how they can blame the Internet for what happened... it didn't cause the crash and even the emails are not something new... people would sent horrifying photos and letters to people in the mail before it could be electronically. People have always been inhumane to each others in ways that are hard to understand. I find her being used in a way that is unfeeling and unnecessary.  The second is the group who live in an area where the placement of radio telescopes forbids electronic devices, and all wifi signals. Some are there for work but he concentrates on a few that talks about their sensitivity to wifi... it's not a real thing. Humans have no ways to sense that sort of low level radiation and they HAVE been tested to see if there is an affect they can somehow sense something somehow and they never have, not even once. I think it's pretty obvious these people are suffering but giving them a made up answer just prevents them from finding a real one. That is harmful to them and it continues one of the most basic misconceptions about how these things work and encourages being willfully ignorant of real world physics.

So with a heavy heart, I have to put this Herzog film as one of his few disappointments for me.
Posted by Behemoth media at 8:36 AM No comments:

The Witch 2015 directed by Robert Eggers 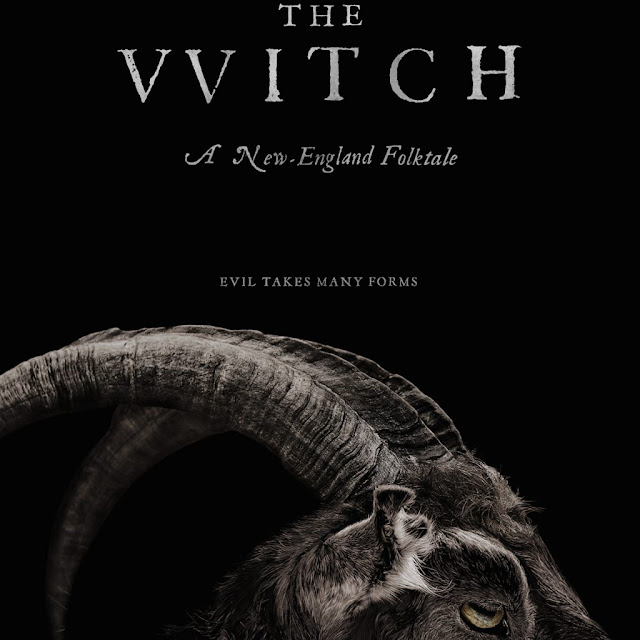 An overly devout family, in 1630s New England is too extreme, even for their Puriton town, and are banished to the woods where they build a small farm and live as they see fit. One day youngest child, a baby, suddenly disappears and it is revealed pretty much right away that it is killed and ground up for use by a witch in the woods. This sets in motion a series of accusations, spiritual doubts and strange occult events that end in violence and destruction for all but one member of the clan.

Made for only 4 million dollars, this movie proves that budget is not everything when it comes to making a great film. Horror movies in general are masters of small budgets but this takes it to another level. The performances are dead on, the cinematography is amazing and the shots are lit entirely with natural light and candlelight. It is slow moving but never dull and relies on creeping you out and disturbing ideas over gore and jump scares. It uses the language of the era it takes place in, which, to be fair, might be hard to understand for many people, and it also goes DEEP into actual witch lore from that period. That was a detail I personally appreciated as someone who finds actual folklore much more fascinating than the water downed versions of tales we have to suffer through at Halloween every year. The use of animals in this film is pretty horrifying. I never though a bunny rabbit woudl be the stuff nightmares by simply looking into the camera.

While the fact of witches existing or not is never a question in the film, who they are is left mysterious and also why they are attacking the family is up for debate. My take was it was the father's pride that got them banished and starving that attracted evil and doomed his own family. The lead character, Thomasin, played by Anya Taylor-Joy is the soul survivor - but only because she surrenders to Satan in a scene that is too wonderfully disturbing, subtle and visual to describe here.

Do you want to live deliciously? See this movie. 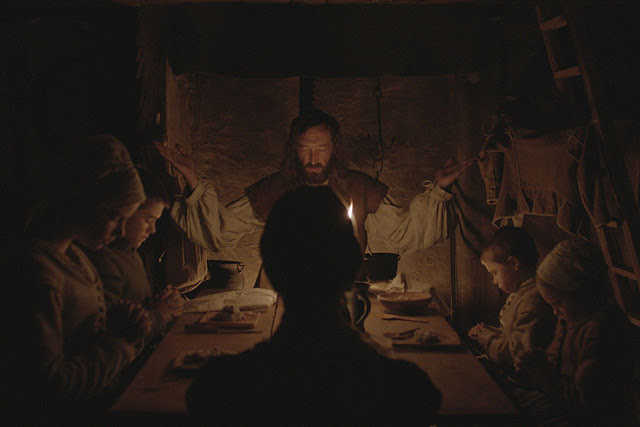