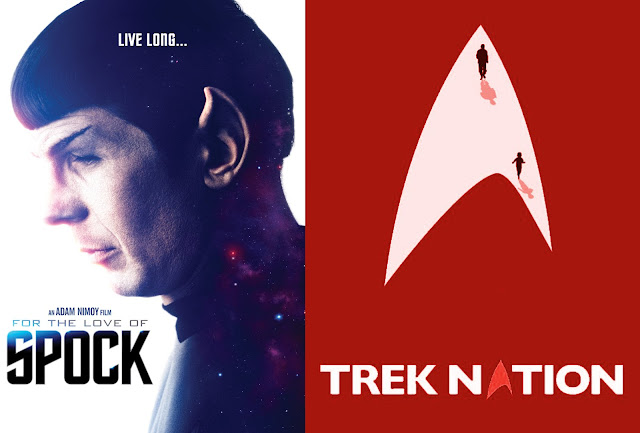 Eugene "Rod" Rodenberry and Adam Nimoy were the sons of gene Rodenberry and, the creator of Star Trek and Lenord Nimoy who played the iconic alien Mr. Spock in the franchise. Both got through not only the history and accomplishments of famous fathers but also the cost thier familys paid by having such well known and publically well loved figures as dads.

I can reccoemnd both documentaries highly. I will say, for the Love of Spock has better production values overall, which is not a surprise as Adam Nimoy is a film director. Trek Nation is not badly made either and tackles a much thornier subjects such as his dad's womanizing over the years with a very open interview with Majel Barrett, Gene Rodenberry's wife and Star Trek icon in her own right.

Oddly two films with strong connections to the history of Star Trek, a show that has been written about, discussed, parodied to infinity at this point, should be expected to have lots of repetative information and spill over from countless other projects about the subject, but they both are fresh takes on a juggernaugt franchise that only the sons of men who many consider to be giants can give us.
Posted by Behemoth media at 2:58 PM No comments: