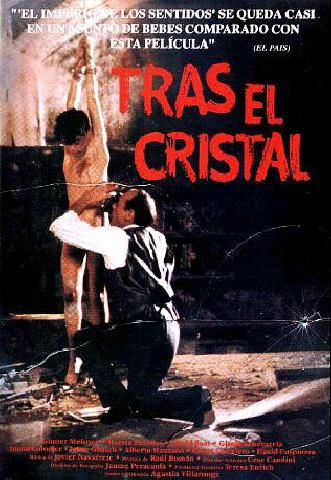 In a Glass Cage is a film, simply put, about Stockholm Syndrome on steroids. A former Nazi doctor (Klaus) is still practicing horrific experiments on children while in exile in a remote village in Catalonia. After he kills one of the boys and takes photos, one of his former victims who has escaped, sneaks in and steal the photos plus one of the doctor's journals. Thinking he is about to be discovered,  Klaus tries to kill himself but ends up in an iron lung unable to move and under the care of his wife and daughter. Years pass and they hire a male nurse to help out with his constant care. The nurse is the boy is stole the photographs and now wants to torture the doctor but also recreate his cruel deeds while he watches helplessly. The wife almost immediately realizes the young man (Angelo) is trouble but Klaus insists they keep him on. The reason why is not clear... does he think he deserves to be tortured, or does he relish in the idea that his escaped victim now wants to carry on his "work"? After Angelo jerks off on Klaus' face while the wife looks on and then tells her to "clean him up" - she tries to get out of there but Angelo kills her. Angelo also lures and kidnaps young boys back to the iron lung where he tortures and kills them. The daughter, who found her mother cruel and uncaring, never asks what happened to her but does manage to listen to her father's warning to get out and get help. Angelo stops her and then manages to take control of her by playing the role of a strict parent... something she has obviously been accustomed to her entire life. Angelo removes Klaus from the iron lung, killing him and then - in the ultimate manifestation of stockholm syndrome - gets into the machine himself and the daughter begins to take of him as she did with her father. 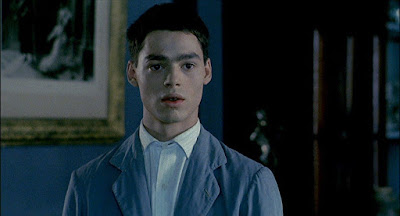 I have to admit,  I had to watch this film in two parts. The cruel killing of the children by Angelo was just too much for me (and my boyfriend at the time) to see in one sitting. After he has lured a young boy to sing for "his friend" in the iron lung - he slowly walks behind the boy, knife out... we know he going to cut his throat as his sings and it was more than I could deal with. After a day had passed I finished the movie. Why? Well because this film, as unpleasant and uncomfortable it is to see is brilliantly done. David Sust is so young handsome and innocent looking, in complete contrast to the monster he has become as a result of his previous torture from the former Nazi. It is hard not to have some sympathy for him and heartbreaking to see the result of the horrors he has experienced. You want to cry at the screen "You don't have to do this! You don't have to be this person!" but he is well beyond saving by the time we seem him as an adult being hired as the nurse.

To say this film was controversial is understatement at it's best, but it was selected in 2016 to be shown at the Berlin International Film Festival - so it has made an impact. I certainly did on me. 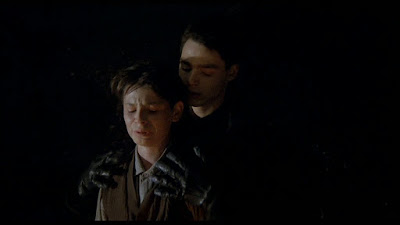 *quick note
The poster for this film was similar to a few other films I've seen over the years in that it uses pedophilia (and torture) as some sort of "allure" for promoting the movie. The VHS release had simple a photo of Sust's face which was a much better choice, in my opinion. While I do not think we should shy away from tough subjects in film - eroticizing child abuse and torture as a marketing tool is simply wrong.

Posted by Behemoth media at 10:22 AM No comments: 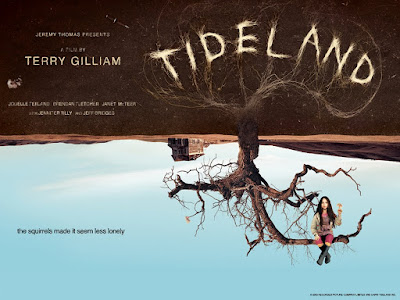 Any film the has a DVD release where the director basically begs the viewer to watch the entire thing and not shut it off in disgust before the film begins could be thought of as a sign that maybe you shouldn't watch the film at all. In this case, you would miss out on one fantastic movie.

The story of a young girl whose mother chokes to death and is then taken by her drug addicted father to his mother's abandoned farmhouse in Texas where he then dies of an overdose shortly after arriving is not an easy film to get through. Should all films be light fluff escapism, though? I think most serious film  goers would agree the answer is no.

The young girl has to survive on her own in a nightmarish situation she can not really understand or emotionally get her head around. In her mind, her father is just sleeping off another drug hangover and she begins to have conversations with the heads of dolls she puts on her fingers who give us some insight as to what is going on in her own head and gives her the feeling that she has friends and is not alone and afraid. As time goes on, she befriends some of the eccentric neighbours on the area who use taxidermy to preserve the body of the girl's father (which they also had done before to their own mother). The young male neighbour, who is mentally impaired, thinks there is a monster shark stalking victims throughout the fields of Texas and means to destroy it with some dynamite he has hidden in his bedroom. The shark is, in reality (if you can separate reality from fantasy anymore at this point), the nightly train passing though and in the end he uses the explosives to destroy it - causing a huge tragedy. A woman finds the little girl at the site of the train wreck and mistakenly thinks she is saving a victim of it when she actually saving her from a train wreck of a completely different kind.

Though the film was not universally panned it did get very sharp criticism.  Only 9 theatres picked it up for viewing so financially it was a disaster and many thought it was a sure sign the Gilliam had killed his own career by making such a terrible film. 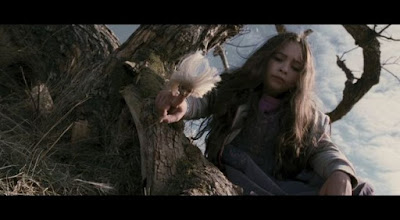 This is NOT a terrible film, it is a film about terrible things and how someone unequipped to deal with them finds a way to survive in spite of it all. This is a theme throughout Gilliam's filmography and in many ways is a logical extension of previous works going back to Time Bandits. The director himself has described it as a film about the ability of children to live through the most terrible situations and persevere and I agree with him. Adults put children though literal hell - in wars, through abuse, exploitation, a  far too long list of things -  and many of them find ways to go on in circumstances that no adult could possibly adapt to.

This is not a disgusting film revelling in the tortured life of an innocent little girl but rather a twisted but beautifully done look at how a small child can persevere in the most horrifying of situations though her imagination and innate mental stamina. It is not a movie everyone can deal with but if you can, it's well worth watching.
Posted by Behemoth media at 6:15 AM 2 comments: