Jean Epsteins’s 1928 silent film of Edgar Allen poe’s short story was co-written by Luis Buñuel who had worked with him on another tim 2 years previously.

The story, like every Poe adaptation, takes plenty of liberties, one of the biggest is making Roderick Usher’s twin sister into his wife… which adds a level of creepiness since if you ever read the story (and who hasn’t) it all seems fairly incestuous. Roderick still suffers from hyperesthesia and the actor playing him (Jean Debucourt) has seriously crazy eyes. 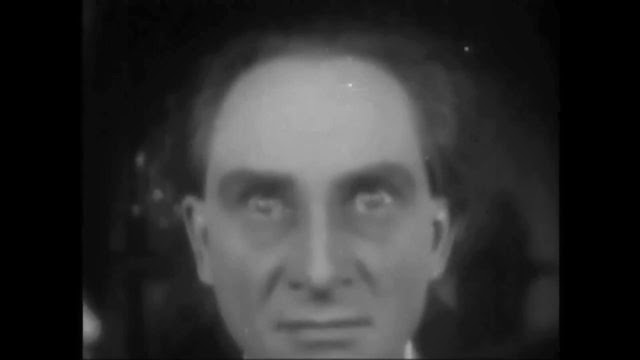 The thing that makes this movie worth watching is the visual style… Germany wasn’t the only place doing surrealist off the wall cinematography. Some of the imagery is really amazing. In this version of the tale, Roderick is painting a portrait of his wife and the more he works on it, the more life is sapped from the real woman. At one point his brush grazes the canvas and there is a cut to her stroking her face in the same spot…and it seems painful. Th emanating itself is total creep out. If I am right, it seems they put a frame with a glass or vellum interior in a black room and had the actress playing the wife sit far enough away to look like a very 3D image but not so obvious (she NEVER moves an inch) that you are ever really sure if that it’s just not a really good piece of artwork. When the wife dies, and put in the coffin her husband screams that nails are not to put in the lid and he is convinced she is not really dead. So they lay her in it with her wedding dress… the train dragging what seems like a ½ mile through the house and into the tomb. her return to the world of the living, wandering back to the house in her white dress is classic, or what would become classic gothic horror stuff. 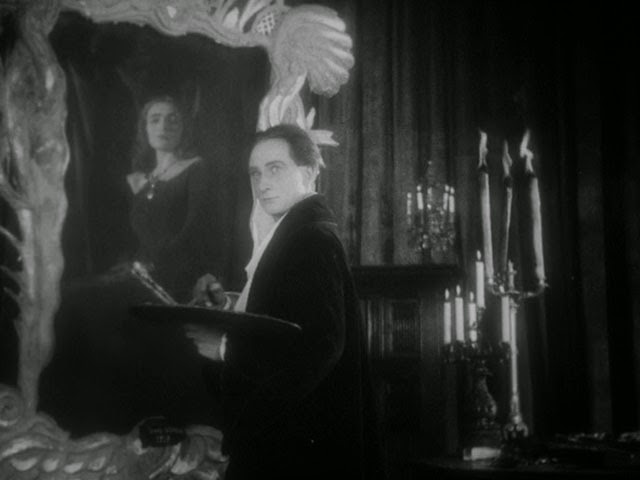 No surprise, the house falls to pieces but unlike most other versions, it all ends pretty well. With all the craziness that came before, tending is a disappointment but it doesn’t ruin the overall effect of what should be known as a silent classic but seems to have been forgotten in recent times.

See the entire film below!

Posted by Behemoth media at 3:12 PM No comments: