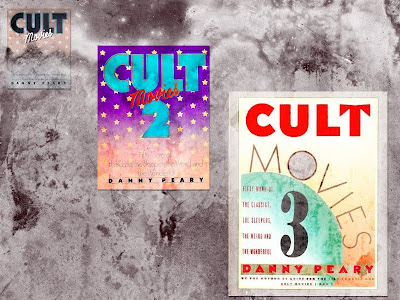 If you've never read Danny Peary's incredible books on cult films, you really must add them to your collection immediately. The film critic and sports writer has written the definitive essays on 200 cult films over 3 book published between 1981 and 1989.

Each film is given a synopsis, cast and crew list and other facts in a sidebar but it's the in depth critiques that really makes them stand out. In 1981 the term cult movie wasn't really in the vernacular and Peary gives a very concise definition of what constitutes a cult film. His books are like a list "what to see" in the world of oddball, arty and forgotten cinema.

What I really love about the films chosen is they are not his personal favourites, but rather they are the films that meet the criteria he set out at the start of the project. While each film a detailed and fair critique and history, he makes it very clear that not all these films are great, or even good and a few are downright disgusting and offensive.

The world of cult cinema has, sadly, died out pretty much completely these days but this series will remind you why these films brought a feeling of finding something odd and wonderful to life as well as why they deserve (or don't) to be seen over and over with a like-minded audience.

Posted by Behemoth media at 3:59 PM No comments:

Walter White Straightens Us Out 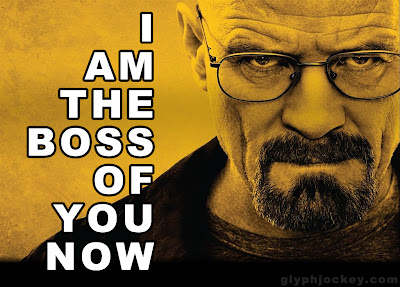 Posted by glyphjockey at 9:12 PM No comments: