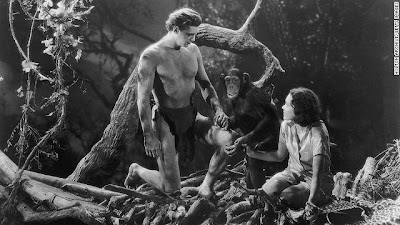 Yes the original Cheetah has died from complications after kidney failure. Yes... the original.. he was 80 years old. Old for most monkeys including humans. (cough, cough - DL)

Zontar of Venus had this great image from his series Pete and Gladys. But this post, while paying homage to he who embodied Bill Gannon, is actually about the rich, eyeball-stinging panoply of film imagery at the Zontar site. I wanna say....holy shit. Ok I cussed, now go. 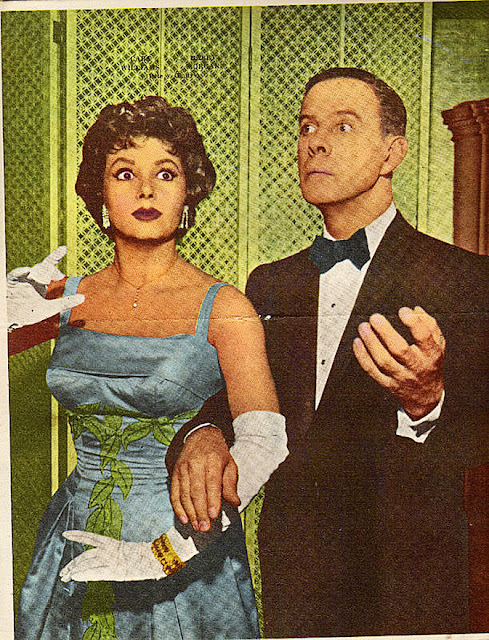 Posted by glyphjockey at 6:17 PM No comments:

Love these animated shorts from The Punchy Players (Ann Miller as cashier kills me)
Posted by Pantheon Zeus at 11:39 AM No comments:

It's a pity that the dialogue scenes are so damaged, but signal-to-noise during the musical numbers is more that adequate to enjoy these copious one-after-the-other Louis Jordan numbers. Download this Archive.org gem HERE (Divx, no less!)

Posted by glyphjockey at 5:43 PM No comments:

The 100% always delightful Mary Birdsong plays us a clip for a record that has a one-sided script for aspiring actors. go there and experience it. Also look at her other shizzle while you're there, my blizzle rizzles.
Posted by glyphjockey at 4:48 PM 2 comments:

Email ThisBlogThis!Share to TwitterShare to FacebookShare to Pinterest
Labels: acting 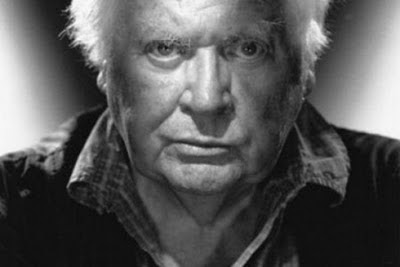 One of cinemas most controversial directors has now passed on. Part of a gang of directors that influenced me greatly in my youth (others are Nicholas Roeg, and Herzog) his death for me symbolizes the slow end to the people whose films thrill me 10, 20, 30 even 40 years after they were made. We just rarely see the types of films where the film makers personal obsessions and tastes are not crushed b the system that makes films now. Someone like Russell, with his catholic sex fetishes just wouldn’t make it in today’s world. 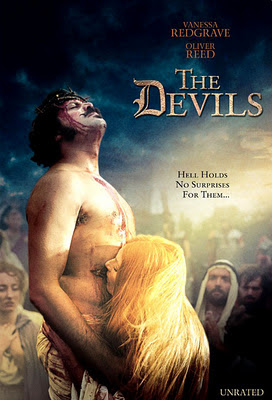 This is not to say I love everything the man did. I am not a fan of “Gothic”, “Tommy” (I know, sue me) or even “Lair of the White Worm”. I do watch “Salome’s Last Dance” at least once a year and “The Devils”, “The rainbow” and “Crimes of Passion” have a special place in my DVD collection. I am still angry that his film “Whore” couldn’t even put it’s title on the cover of the box.
Posted by Behemoth media at 3:11 PM 2 comments: