R is for Raquel

Our resident Slammer goddess has written a book, "Beyond the Cleavage"! Kudos to Mavis for spotting this Oprah book club link (!) to the first chapter.

Contrary to popular myth, I didn't just hatch out of an eagle's nest, circa One Million Years B.C., clad in a doeskin bikini. In fact, I was more surprised than anyone to find myself on location in such an exotic setting, high atop a volcanic mountain in the Canary Islands! With the release of that famous movie poster, in one fell swoop, everything in my life changed and everything about the real me was swept away. All else would be eclipsed by this bigger-than-life sex symbol.

We here at the Slammer love Raquel for all reasons. The Hound sends this link to her appearance on WNYC Radio's Leonard Lopate Show.


Fun fact: I once saw Cher and Raquel host an Aids benefit back in the 80s. Raquel had the most unbelievable cameltoe that had even the queens in the audience gasp. But what really shocked everyone more was the fact that Cher and Raquel are both about 5'6."

Also on the bill? Little Richard and the "Beach Boys," minus Brian Wilson. Later, along with Brian, I ended up partying with them, but that's another, awful, longer story that doesn't belong here. Richard couldn't join my friend at a gig because of "his religion," - he was Jewish then.
Posted by Donna Lethal at 11:03 PM 6 comments:

This one is pretty bad. Our lead is a middle-aged stripper that seems to maintain her powers of persuasion and youthful appearance through a mystical amulet. It's a bit hard to follow due to the source print's horrendous sound and missing footage, but the story is mildly interesting.

As the seedy folks that populate the club start to appreciate the amulet's powers it becomes an object of desire. The club owner hatches a scheme to steal it and the dancer's daughter is after it herself. After a bit of amulet-induced hypnosis and some serious softcore dance numbers the club owner murders his accomplice and chaos ensues.

The acting isn't just bad, that wouldn't efficiently describe it. It's surreal in a sort of Lynchian way, and that isn't a good thing in this case. This very low-budge grindhouse catastrophe was originally directed by unknown Anthony Farrar, somewhere along the way the picture was taken over by writer Joseph W. Sarno. Sarno later became a major porn director. It's part of a dvd double-feature with Dance Hall Racket, for which I have higher hopes due to the fact that it stars Lenny Bruce and his wife honey. I'll let you know.
Posted by Mr. Sophistication at 10:30 PM No comments:


I'm having a sword and sandal day.
Posted by Donna Lethal at 7:49 PM 3 comments: 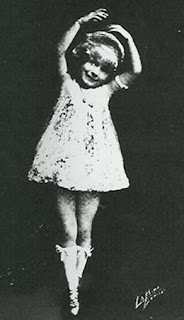 June Havoc, a show-business legend whose hard-knocks childhood as a stage performer was depicted in the classic "musical fable" GYPSY, died March 28, according to the Village Voice. She was 96. She had outlived her only child - a daughter April, who died in 1998.

Driven by a ruthless stage mother, young Ellen Evangeline Hovick and her sister Louise—who would become legendary stripper Gypsy Rose Lee—were forced into Vaudeville at an early age. Ms. Havoc was billed as "Baby June," and later "Dainty June" (as she got older).

Blonde, blue-eyed and pretty, she danced and sang and high-kicked her way through four shows a day on the Keith Orpheum Circuit and earned $1,500 a week (a fortune during the Depression—and still not bad today) for her family at the peak of her popularity.

June was not happy with the way she was portrayed in her sister's autobiography, and the two were long estranged. They reconciled shortly before Gypsy Rose Lee's death in 1970.

"All I wanted was the truth to be told," she told the New York Times in 2003. "That the little kid went out and killed the people." She tells vaudeville details in this interview.

June once told a reporter: 'My sister was beautiful and clever -- and ruthless. My mother was endearing and adorable -- and lethal. They were the same person. I was the fool of the family. The one who thought I really was loved for me, for myself.''

June abandoned her stage mother Rose's world when she eloped at 13 with fellow performer Bobby Reed. The two teenagers scraped by entering, and winning, dance marathons.

Her film career began in 1942 and was littered with mainly "B" material. A few credits stood out, however, including the comedy "My Sister Eileen" and "Gentleman's Agreement," in which she played a racist secretary.

In 1963, Ms. Havoc turned her book "Early Havoc" into the play Marathon '33, which she both wrote and directed. Set in 1933, it starred Julie Harris as June. Ms. Havoc was nominated for a 1964 Tony Award as Best Director, and Harris as Best Actress in a Play. The show ran only 48 performances, but it did provide the basis for the hit movie "They Shoot Horses, Don't They?," set at a Depression-era dance marathon.

thanks Dante
Posted by Donna Lethal at 2:45 PM 6 comments: 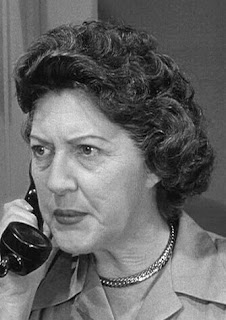 Sara Seegar gives a great comic turn as a client's wife Mrs. Baker in the clip below.

(Why did so many clients on Bewitched have names that began with B ?)

In the episode, she sees some witchcraft from baby Tabitha and mom Samantha must convince her that she only witnessed a harmless, run of the mill haunting. (Oh!! why can't real life offer these scenarios?)

You may remember her as Mrs. Wilson from one year on Dennis the Menace or as the drama teacher for Peter Brady's "benedict arnold" play. She was also one of the River City Iowa ladies in The Music Man.

Her husband Ezra Stone directed many a 60s TV classic.

I wish I knew what Milty was trying to accomplish when he put this masterpiece together. He couldn't have needed a paycheck that badly. Maybe it's totally earnest? You decide.

How badly do I want this poster? 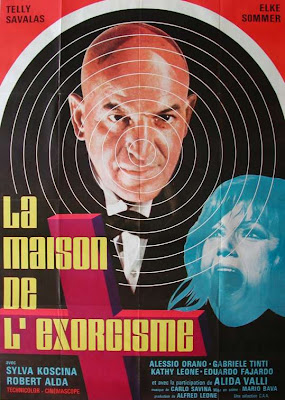 "Our Hopes Rest On You"

Because some days, all a girl really needs is Klaus Kinski in a doctor's coat, with a suit of armor in there somewhere. 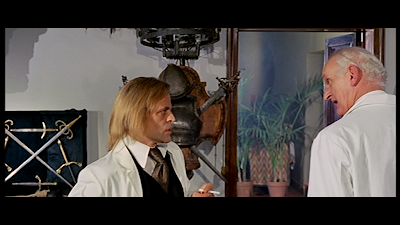 See more fab stuff at Tomb It May Concern.
Posted by Donna Lethal at 6:42 PM 10 comments: 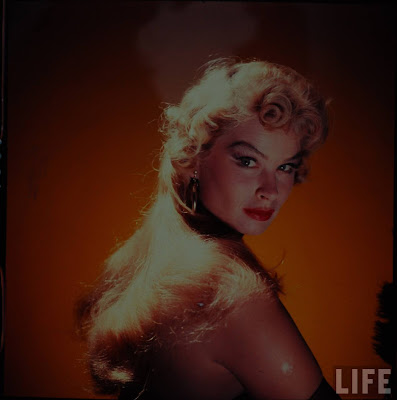 "I couldn't act, but I could swing from trees."

I think Coco should play Sheena in a remake.
Posted by Donna Lethal at 7:21 PM 2 comments:


1961's Pagan Island stars Eddie Dew as a shipwreck survivor marooned on a tropical island of women "pagans". He falls for the island princess - and the natives speak half-English.

IMDB shows that the male lead Mr. Eddie Dew was a B/C/D-film actor in mostly war & western films. IMDB says he had the uncredited role of Assistant Coroner in SUNSET BLVD.

The below screencaps were snatched from the fab male appreciation site: www.scrncapped.blogspot.com 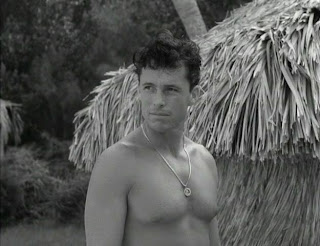 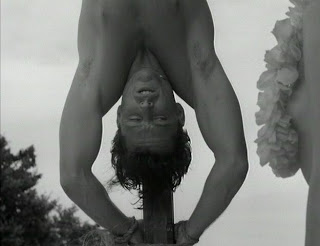 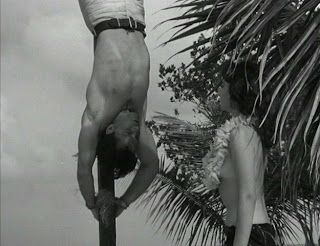 'Don't Throw Up in Here, It's My Bedroom'

Slammer trivia: there was a short-lived bar in Greenwich Village of the same name, where Tickle and I had our first date. I had forgotten all about it until he reminded me. I should make a correction: a short lived new bar, named after the original FBP, long closed.
Posted by Donna Lethal at 1:11 PM No comments: 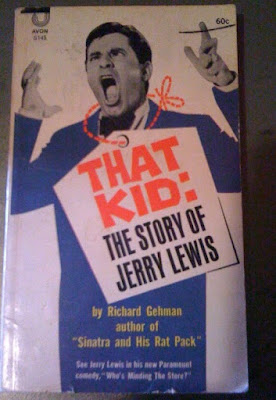 This arrived in my mailbox today - as a gift!
PS. It gets weirder. I know the author's daughter.
Posted by Donna Lethal at 4:22 PM No comments:

Email ThisBlogThis!Share to TwitterShare to FacebookShare to Pinterest
Labels: God, Jerry Lewis, The King of Comedy

The Original GLOVED ONE 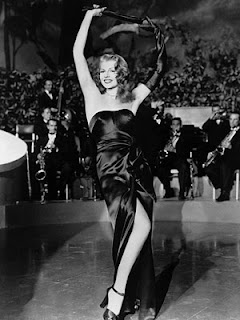 The "Zip" lyrics were changed for the film. I love the Broadway lyric "I don't care for either Mickey - Mouse or Rooney make me sicky." The film soundtrack did have a fun 2nd chorus lyric making fun of Marilyn Monroe - but that line was edited out. It went:
"Zip! Marilyn Monroe looks just dandy in mink. Zip! She not only acts, I hear she can THINK."

(maybe that lyric made Columbia sound too bitter that they had let MM go -- only to see her become a superstar at Fox.)


Here is Rita becoming a superstar in her own right - when she played the title role in 1946's GILDA - (vocals dubbed by Anita Ellis).

Posted by Pantheon Zeus at 3:53 AM No comments:

A princess of Hollywood royalty; a life-time New Yorker; enduring entertainer; a lover of friends, food and life. 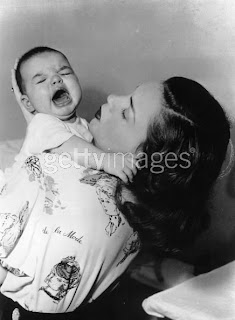 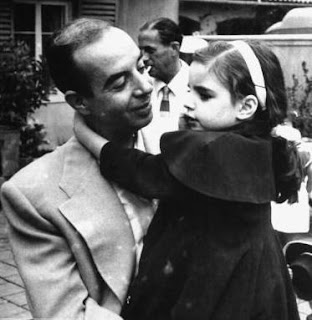 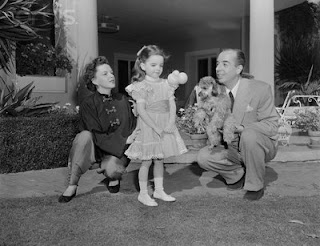 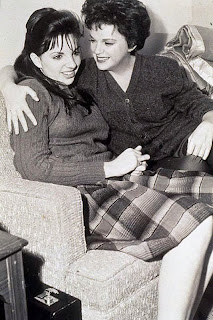 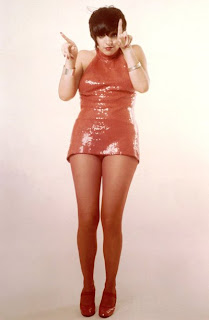 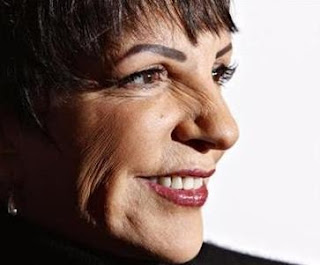 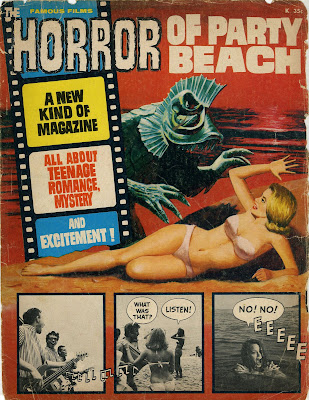 Pantheon Zeus and I have died and gone to Party Beach. 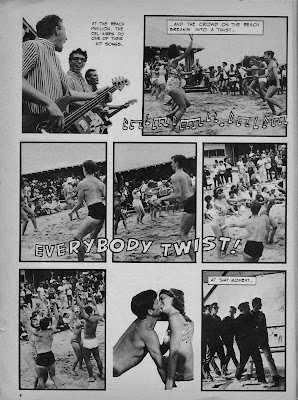 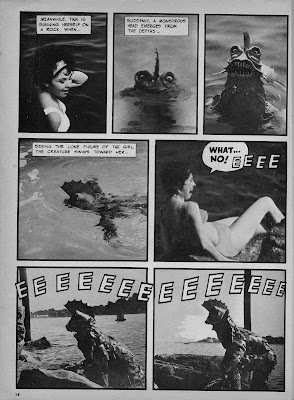 Email ThisBlogThis!Share to TwitterShare to FacebookShare to Pinterest
Labels: The Wire

Gone With The Pope

Even we couldn't have come up with something as pure genius as this. 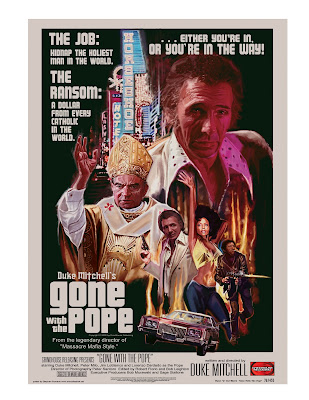 Duke Mitchell's 1974 ultra-violent crime saga MASSACRE MAFIA STYLE will screen on the same program. Also known as LIKE FATHER, LIKE SON and THE EXECUTIONER, MASSACRE MAFIA STYLE is a homemade answer to THE GODFATHER promising “more guts, more action, more dynamite!”. Starting with Duke and his sidekick slaughtering an entire building full of enemies, the movie is nonstop, mind-blowing entertainment that has become a favorite among cult movie fans.


Read and see even more here!

Gloriously loopy, this is from "The I Don't Care Girl"! The movie's horrid, but has some great bits, such as this one with Mitzi Gaynor. Yes, and that's Oscar Levant and David Wayne(The Mad Hatter from "Batman"!) dressed as leopards.

This movie defies decription so I'm not even going to try. My favorite part is at the end when the narrator chokes on his cigarette while preaching about the evil of drugs.

In Search of Suki Goodwin and The Stick 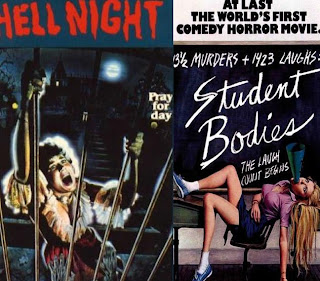 Two people with two credits each on IMDB who I would LOVE to see now are:

1. Suki Goodwin - The British tart in slasher film HELL NIGHT (1981) who gets murdered before she can enjoy sex with a yummy Vince Van Patten.

Her genius line: "These qualuudes are murder on my skin." 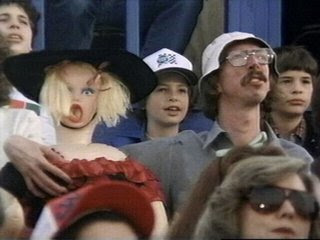 If you know of their whereabouts - please comment - there are surprisingly numerous people who want to find them and would love to know what they are doing 30 years after their big screen glory.
Posted by Pantheon Zeus at 9:31 PM 6 comments:

This is dedicated to men that cook....

..and you know who you are!

Fredric March
Posted by glyphjockey at 12:40 PM No comments: