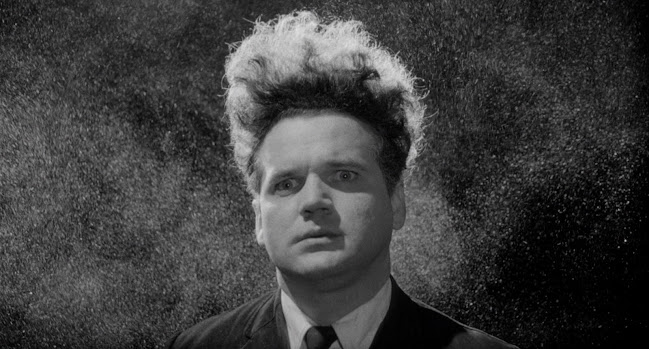 As David Lynch's first feature, this introduces us to many of the ideas, obsessions, as well the visual and audio ticks that find themselves all through the director's multi-decade career. Best described as horror film, the images are strange and sometimes shocking with very little explanation as to why events happen or what their consequences are.

The basic story can be boiled down to a guy who discoveres he is the father to a deformed child and has to take care of it. As in most of Lynch's films, this does not even come close to covering what the film transmits to the viewer. The plot is almost superfluous in this movie while the feelings of dread, loneliness, alienation and confusion take centre stage and lead the viewer from start to finish but with no answers to any questions that may have come up along the way. It sorts of drags you along with the protagonist who is as bewildered by what is going on as we are.

Visually and sound-wise the film is a tour de force of weirdness. It plays with horror, particularly gothic horror tropes and presents them as a sort of no man's land, post apocalyptic world with no meaning left in it but all the horror remaining. It's film you have to watch to understand and come to your own conclusions about.

The effects, particularly of the "baby" are haunting in their realism.

Mother: There’s a baby. It’s at the hospital. And you’re the father.

Daughter: Mother, they’re still not sure it is a baby!

Filmed over  period of years on American Institute's Centre for Advanced Film Studies campus and financed by grants and Sissy Spacek, Lynch took his time with the production and released it to a 25 person audience in a short run which led to midnight showings where the film found it's true audience and defined what cult movies are. The poster was a punk staple to people who had not even seen the film and its influence on Lynch's further work and the works of other director's has been felt since its release.

How on earth his film has never been highlighted here in the Slammer by me or any of the previous inmates is beyond comprehension. It's a midnight movie classic made by someone whose filmography I imagine most of our readers know inside and out. 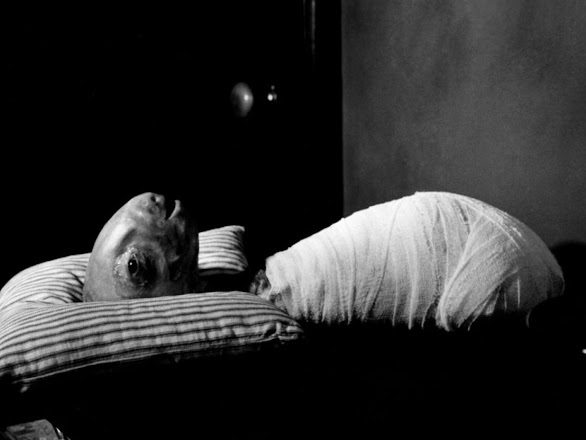 Posted by Behemoth media at 5:03 AM