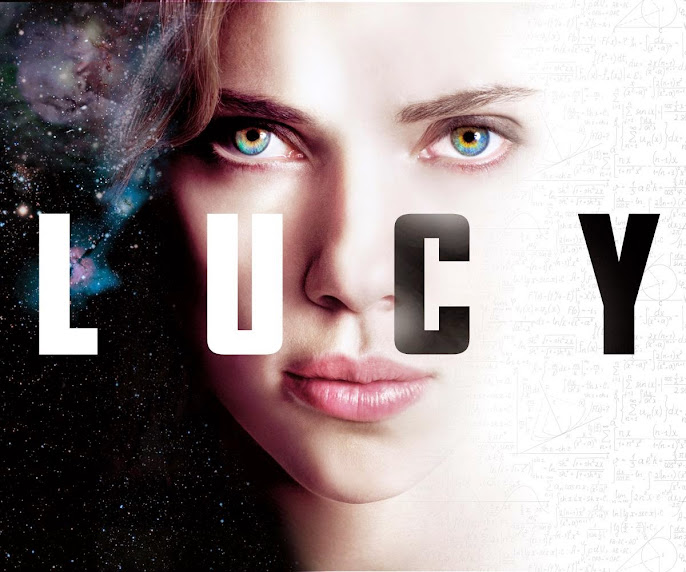 Luc Besson has made some amazing films and some pretty bad ones. It is a mixed bag. To me, this movie exemplifies that. It had some great actors giving interesting performances and some nice visual touches but while the sort starts out with promise the undeniable dumbness of the main conceit of the film catches up to it by the end and it left me feeling... MEH. The main character is hard yo feel anything for and the whole using only 10% of your brain thing one of those stupid ideas that has never.... never... had any validity to it but somehow keeps itself alive in the mind of popular culture. It would have worked better as a super hero original story where it could have dropped all pretence of trying to transit anything "deep" to the audiences watching it.

It moves along at a pace that I think works and the effects are very well done but without a sympathetic lead and a ridiculous premise it takes far too seriously, it just falls flat by the end.  So not boring but not something to go out of your way to watch and if you do, expect very little from it and you'll be fine.

Posted by Behemoth media at 10:10 AM No comments:

Animated short film: A Vine on a House, based on the short story by Ambrose Bierce

My latest gothic horror animation is based on a very short story by Ambrose Bierce, read it here if you like, and is itself fairly short. Like my previous Bierce animation, this one also strays quite a bit from the text as I try to make it relevant and more visual. For all the character, save one (the man on the porch) I used a free character generation application called "Make Human" which lets you create realistic humans with slider controls, including dressing, rigging and weighting. This means you can, hypothetically start using them in minutes and creating them takes only a few minutes as well. It is a huge time saver, especially for subjects that are not required to be created in a specific style or have to do anything unusual or complicated. I used this as a starting point and repainted the clothing myself and added controls to the rigging to make moving then less of a bone by bone affair and it worked for the most part.
The setting itself took few months to put together. It is one location but one that ages and rots over a long time period. I wanted the fade from past to present to be noticeable but for the house to retain enough features that no one would thing the location had changed.
I found the Make Human models were not suited for some of my rigging techniques. At least I could not figure out how to use them which was  ashamed because there are some plugins I rely on for every project that I could not use. I did find some work arounds but making them walk was really a challenge so I had to limit that as much as possible.
This IS a horror short so there is some blood and violence but nothing like we see on TV show everyday. I do hope there is a little shock or 2 for people watching, however.
Posted by Behemoth media at 2:57 PM No comments: 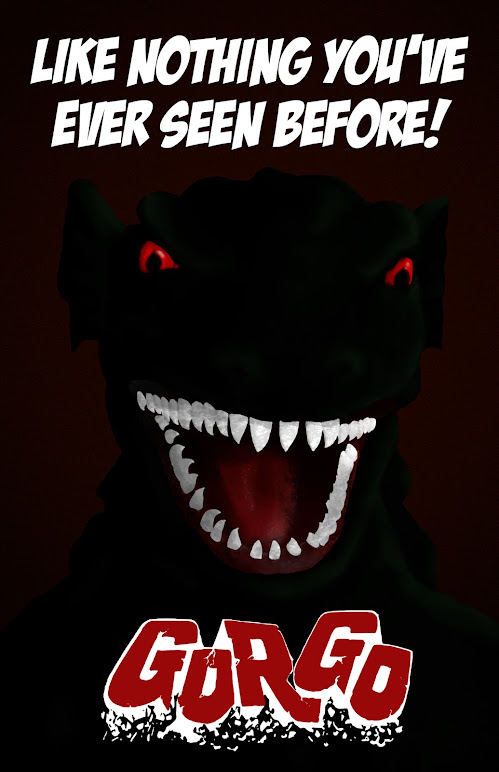 I was working on a poster for Gorgo for fun and after rewatching the film I realized I had seen something else really similar.

Gorgo is the giant monster story of mercenaries finding a treasure and a giant monster who turns out to be a baby with parent that comes to find it after it has been put in a sideshow in London. The two main characters also just sort of kidnap/save a young Irish kid. Doing so saves his life but it still seemed sort of sketchy. In the end the monsters return to the sea from which they came. The effects are pretty good thought monster is sort of goofy looking. The giant props work well and there is enough monster on major city destruction to satisfy kaju fans. 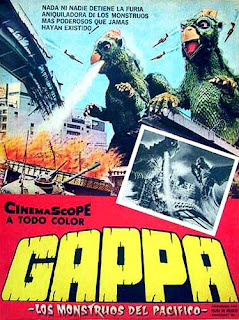 Gappa, goes by a few names but has a similar story. The detail are different and follow well established Japanese monster tropes closer than they follow the plot of Gorgo. This time an egg hatches as adventurers are looking for animals to exhibit in a theme park. they take it back but pretty soon its parents are flying to Japan looking for it and no building will stop stop them. In the end they all fly off, back to island they came from, one assumes. Though nothing amazing, it's not a bad giant mosnter flick with the sort of effects expected for a 60s Japanese film.

Posted by Behemoth media at 10:56 AM No comments: 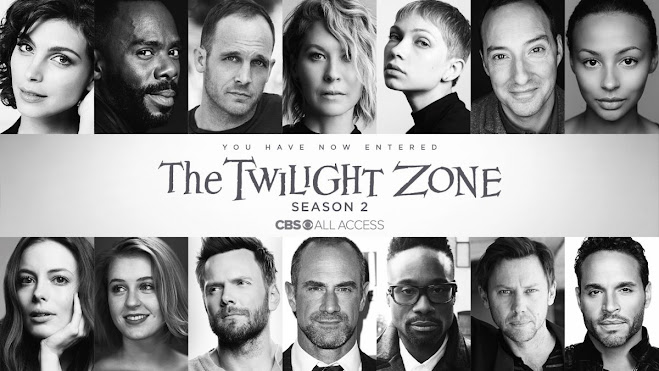 I did like the first season of the Jordon Peele reboot of the Twilight Zone. That first season was fairly intense and made pretty strong political and social statements. This second season is less intense, more fun but still interesting and though provoking. From dead daughter's being replaced by alien invaders to killer intelligent octopus the season runs the gambit from silly to serious and keeps the variety we should expect from a twilight Zone season intact.

Jordon Peele seems much more present as the Narrator and I really love how he inserts the character into the openings of the episodes. His delivery seems more confident. There are less references and Easter eggs to find which I think is a good road to travel. there is enough of that in genre TV and film these days - it's gotten out of hand, I think, so pushing that back a little makes the shows stand more on their own.

Posted by Behemoth media at 8:37 AM No comments: